Panama Summit to usher in new era of inter-American relations

With every member country of the Organization of American States set to be present at this April’s Summit of the Americas for the first time in history, the conference will offer an unprecedented opportunity for the hemisphere to unite and tackle its most pressing issues, such as rising inequality 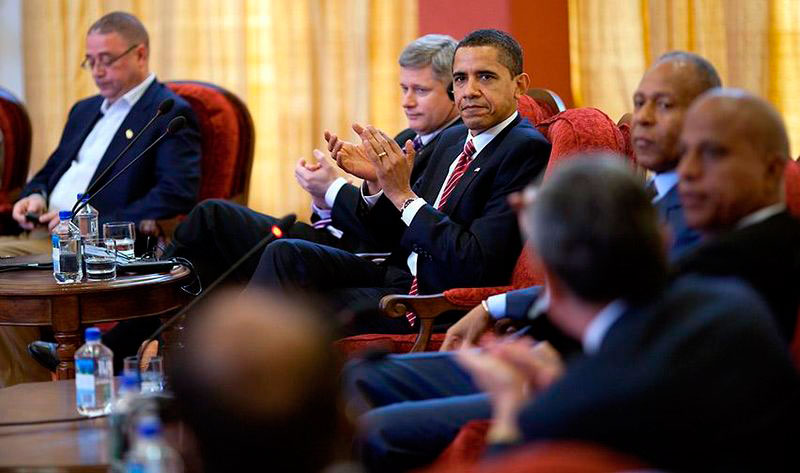 As the seventh Summit of the Americas – set for Panama on April 10-11 – edges ever closer, the promise that it will deliver a historic opportunity to revitalize hemispheric relations heats up.

The buzz surrounding the summit follows the White House’s shock decision in December to clear the way for détente with Cuba after more than 50 years of embargo.  This came just days after Panama revealed that it had invited Cuba to the intercontinental conference following its exclusion from the previous six.

The extraordinary development now provides the prospect that the landmark meeting in April will bring together all countries from the massive region, including leaders from Cuba and the United States, for the first time ever.

“This opens the door for everyone," said Jose Miguel Insulza, Secretary General of the Organization of American States, (OAS) in January, "We can now deal with matters together. It releases a lot of tensions and pressures."

With many Latin American countries, including close U.S. allies Mexico and Colombia, believing that Washington’s policy towards Cuba had outlived its usefulness and led to increased polarization of the region, the recent thawing of U.S.-Cuba relations (and the potential meeting of President Barack Obama and Cuban leader Raul Castro at the summit) opens up a up a new panorama for inter-American collaboration. Even Venezuela’s President Nicolas Maduro, a vocal critic of the United States, has praised the move by calling it "a courageous and historically necessary step.”

And now with all eyes on Panama City as the summit fast approaches, it is hoped that the removal of the contentious U.S.-Cuba issue (which has perennially served to draw attention away from more productive areas in the hemisphere), can finally create a solid platform for the countries of the Americas to engage on its broad agenda more effectively.

First brought together by the OAS in 1994, the Summit of the Americas will aim to build on the founding idea of uniting the region’s democracies under a common vision when it reconvenes in April, with issues of human rights, global competitiveness, energy and environment given high priory.

The central theme of this year’s summit however will be ‘Prosperity with equity: the challenge of cooperation in the Americas’.  This is expected to address the growing global concern of rising inequality, a problem that has come increasingly to the fore recently after Oxfam released a report claiming that 1% of the world’s population will own more wealth than the other 99% by 2016.  Such inequality is all too prevalent across Latin America, widely regarded as the world’s most unequal region.  Yet while inequality has been gradually shrinking in the poorest countries over the past decade, developed nations such as the United States are today seeing the gap between the haves and have-nots widen.

“Inequality is no longer a Latin American issue, but rather a hemispheric issue, because the region’s most developed countries are also facing growing conditions of inequality and the accumulation of wealth in the hands of a few households, while large sectors of their society are being excluded,” said the Secretary General of the OAS Jose Miguel Insulza at the organization’s 44th General Assembly in Paraguay last year.

While OAS member states agreed in Paraguay that the region had done much to achieve development, especially in buttressing democracy and promoting human rights, they likewise concurred that much remains to be done in facing the challenges of poverty, food security, discrimination, equity, social inclusion and access to quality education and health coverage.

Education in particular is seen as a key engine of growth for the Americas and an essential ingredient towards achieving more inclusive societies. In a recent analysis conducted by the World Economic Forum, ‘Improved Education’ ranked as Latin America’s top solution to solving income inequality, while it came as the second most important solution in North America, behind reforming tax policy.  In the same study, improving the state of education in both North and South America ranked as the top solution to persistent jobless growth.

As Marie Levens, Director of the OAS Department of Human Development, Education and Employment states in her essay ‘Inequality and Education in the Americas’, cohesion amongst the region in transferring skills, knowledge and innovation, as well as attracting greater investment to the education sector, will be vital for to a truly more inclusive future for the Americas.

“Our region has the brains and political will to bring about development with inclusion. The education system is a key catalyst of that change. Examples of innovation abound throughout the region, but they are scattered. We need to bring policy makers and teacher leaders together to share practices throughout the hemisphere. The OAS is the only body truly qualified and connected to bring about the change we need to connect education, equality, growth, and development.”

With every member state of the OAS finally set to be present at this April’s Summit of the Americas, and with the distraction of US and Cuba at long last being put to one side, the countries of the Americas will look to seize the opportunity in Panama and work towards a more unified, more prosperous, more equal region than ever before.

By Aled Bryon, staff writer at The Worldfolio