Spice up your life

Article - April 29, 2014
Roll up your sleeves and don’t be afraid to dip your fingers into the aromatic, distinct and delicious world of Pakistani cuisine 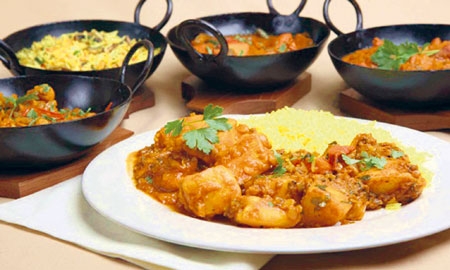 PAKISTANIS ARE PROUD OF THEIR VARIED AND FLAVOURSOME CUISINE
SHARE

Balti, tandoori, biryani – words now ingrained in Britain’s food lexicon normally associated with Indian cuisine – are actually of Pakistani origin. From Newcastle to Brighton, every weekend a large number Britons “head out for an Indian”, when in fact the majority of “Indian” restaurants across the nation are owned by entrepreneurs of Pakistani and Bangladeshi descent.

With the often generous use of exotic spices like cumin, turmeric, chili and cardamom, and herbs such as coriander and mint, Pakistani cuisine does inevitably draw similarities with Indian food, particularly in the Punjab region. However influences from the Middle East (from countries such as Afghanistan and Iran where mild aromatic spice and less oil are used) and even the Far East make it very distinctive.

Indeed each region in Pakistan itself has its own distinct cuisine, from the rich fertile plains and the sea of Sindh province to pastoral Balochistan; but the influences of Central Asian, South Asian and Middle Eastern cuisine in Pakistani food are ubiquitous.
One main difference between Pakistani and Indian cuisine for example is that Pakistanis use much more meat while Indian dishes are often vegetable based (according to a report in 2003, Pakistanis consume three times more meat than Indians). Meats used in Pakistani cooking include chicken, lamb and beef, while on the coastal areas of Sindh and Balochistan, seafood is more predominant.

Pakistanis are regarded as experts in preparing meat. Of course, being a Muslim country pork is forbidden. Meat is always Halal (meaning it is procured and prepared following the guidelines of Islamic law) giving it a distinctive flavour. When Britons go for a curry on a Saturday night, they tend to prefer boneless meat. In Pakistan it is more common to use meat on the bone, as the meat close to the bone can be intensely more flavoursome.

If vindaloo is the posterboy of curries in Britain, in Pakistan it’s haleem. Often referred to as the “the king of curry”, haleem is a true taste of the country which you will find on any street corner. It is a mix of pulses, spices, grains and meat which is stewed for up to eight hours in a large pot to make a rich and satisfying dish. It is then served commonly with fried lemons slices, strands of ginger, fresh coriander and green chili. Haleem, like all dishes in Pakistan, is normally eaten with your hands and a lump of bread such as naan or roti – the use of knives and forks is not common in the country, neither in the home nor in restaurants.

Most halal meat is either cooked in masala (curried sauces) like haleem, or in a tandoor oven. Pakistan, not India, is believed to be the birthplace of the tandoor. Use of the cylindrical clay oven quickly spread from the Punjab region to central Asia and onto the Middle East. Temperatures in a tandoor oven can reach 480°C. The intense heat created by the hot coals is perfect for cooking seafood and meat in a matter of minutes, giving a distinct charcoal flavor.

Apart from meat, the sides of the oven are used to cook flatbreads such as roti and naan; roti is water-based bread while naan is made with yeast and usually has milk or yoghurt added. These breads are considered an integral part of Pakistani cuisine. One of the great debates in Pakistan is whether a traditional meal goes better with naan or rice. In Britain it is custom for both to accompany a meal; in Pakistan you are either a person who prefers rice with your meal or one who prefers bread. Pakistan’s long grain basmati rice is considered the best in the world and is especially prized and used in the classic biryani.

Like the tandoor, biryani’s roots are traced to Pakistan. The biryani is cherished across the country and can always be found at weddings, birthdays and other special occasions. Like paella or risotto, biryani is regarded as the height of rice cooking. The rice is cooked in spices separately and then layered with meat. There are many versions but the best is said to be found in Sindh province.

Pakistanis are fiercely proud of their distinct rich culinary heritage, a heritage that spans thousands of years. Many of them believe it is the best in the world; a trip to the country may convince you likewise.