The creators of smiles 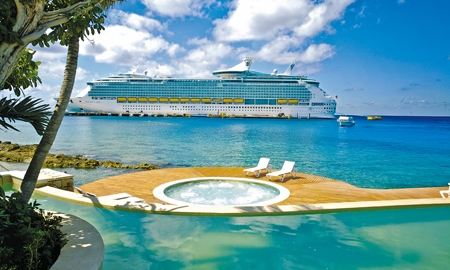 For Sr Pablo González Carbonell, the President of the Royal Holiday Club group, Mexico's moment is here. With the Government now keenly aware of the benefits of tourism as a source of growth and for jobs creation, the private sector is being encouraged to invest and is stepping up to the challenge. For Sr González Carbonell, a primary goal will be to strongly increase the number of American visitors to Mexico and he believes that the Royal Holiday Club group has a major role to play in achieving success in this initiative, adding that “we are facing a moment of great potential for growth in tourism” and that “the challenge for us lies in how best to promote ourselves since the guest industry in the country is already of excellent quality”.

Sr González Carbonell is keen to emphasize that besides providing “first-class hotels and an infrastructure unmatched in competing Caribbean countries”, Mexico offers far more than sun, sea and sand, singling out particularly its rich cultural heritage which can be combined in Mexican experience holidays. He points out the scale of the potential for tourism from the United States by comparing the “seven or eight million American tourists who come each year to Mexico” with the “38 million who go to Las Vegas and the 40 million who visit Orlando”. Promotion of all that Mexico has to offer has been stepped up while “the private sector has committed to investments of US$8 billion over 160 projects for completion within 18 months” to boost tourist capacity.Within this growth panorama, Royal Holiday Club occupies a unique position with its distinctive offering, “a product as flexible as any on the market....and already taken up by 100,000 members from 52 countries”. Membership points can be used for hotel stays, not only at beach resorts in Mexico and the Caribbean but at any of over 200 destinations worldwide, including leading capital cities, besides for cruise holidays. Sr González Carbonell emphasizes the flexibility this gives to members, saying that “as their holiday tastes and needs change over their lifetimes, they continue to find within the club holiday destinations to suit them”. He adds that his group is recognized as “the most international of Mexican groups, in terms of worldwide destinations and membership”.

Besides offering a different experience, one of being a member at home in Royal Holiday Club resorts, hotels and cruise vessels, Sr González Carbonell is keenly aware that his group has “responsibility for managing beautiful moments for people, times that people have worked for, that they share with their families” and says that the greatest satisfaction for him and his staff comes “from seeing people smile, from creating beautiful and happy moments for people”.

Sr González Carbonell goes even further, saying that when asked what is his group's mission statement, he replies simply, “we set out to be creators of smiles”. Mexico, a difference waiting to be discovered, a land of smiling people and with creators of smiles.