Oil and gas will galvanise other sectors

Article - July 19, 2013
A focus on local content will not only boost Nigerian participation in oil and gas, but will equip Nigerians with the skills to develop other hi-tech industries 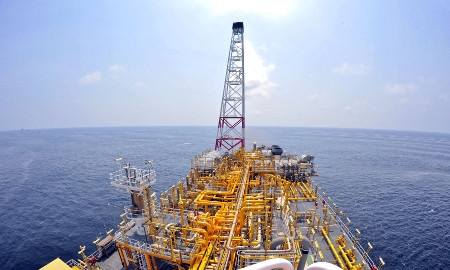 With a reserve base of about 37 billion barrels, Nigeria is the largest oil producer in Africa. It is the sixth largest gas producer in the world with estimated reserves of 187 trillion cubic feet (tcf). However, it is now facing stiff competition for foreign investment from other African countries.
“More countries are discovering sources of oil and gas. Only three countries produced oil in sub-Saharan Africa 20 years ago. Today, there are more than 10. We cannot sit on these resources for a very long time. We have to take action and add value,” says Osten Olorunsola, Director of the Department of Petroleum Resources (DPR).
Investment in new explorations has dried up as investors await the highly-anticipated Petroleum Industry Bill (PIB) (see page 28). “Things will start to pick up once the PIB issue has been settled. People have taken a more prudent stance as they wait for the PIB to be implemented before making major investments. Big oil companies are maintaining their production, but they are not going for exploration activities,” says Simone Volpi, Managing Director of INTELS, a logistics company working within the sector.
With the big multinational oil companies traditionally dominating Nigeria’s oil and gas market, a focus on local content is vital for the growth and sustainability of the economy. “[Local content] has really moved forward very well,” says Mr Olorunsola. “Even in terms of the operating companies, gone are the days when production was only coming from international joint ventures.”
Ernest Nwapa, Executive Secretary of the Nigerian Content Development Monitoring Board (NCDMB), explains that the Nigerian Content Act, created in 2010, is: “not only targeted at increasing participation, but at growing the knowledge and ability to use the oil and gas resources for in-country value – in terms of the spending in Nigeria, and the capacity and capabilities developed in Nigeria both within and beyond the oil and gas industry. That capacity can also be used in telecommunications, agriculture or automotive.”
Ninety per cent of the country’s forex reserves and 80 per cent of its export revenues come from oil and gas. Therefore the need to diversify revenue sources is crucial. Increased government revenues from hydrocarbons following the passing of the PIB will be invested in other parts of the economy.
“We need to reinvest these oil revenues to stimulate the rest of the sectors and strong state policies will ensure that we do. This includes the associated activities that come out of oil. For example, rather than simply selling crude oil, we can augment downstream activities by setting up refineries, which will increase employment four-fold,” states Anthony Chukwueke, Director of the Transcorp Energy Limited.
“We are focusing on manufacturing the real sector. There is no way to have sustainable growth if we keep importing and installing things. We want to refocus and build on sustainability, which is the most important aspect,” says Nigerian Oil & Gas Man of the Year 2011, Ernest Nwapa.
“If I can get the NCDMB to work with the industry and establish two or three pipe mills and implement the framework, and if I begin to see manufacturers servicing industry needs and Nigerian manufacturers producing some spare parts, then I will start accepting more awards.”