Article - February 20, 2014
In this piece written by Sudan’s minister for investment, Dr. Mustafa Osman Ismail explains the country’s successful efforts to improve the business climate, the top five areas for investment in the country, how Sudan offers complete protection for investors by means of the investment security fund, and why British investors are the most important for the country 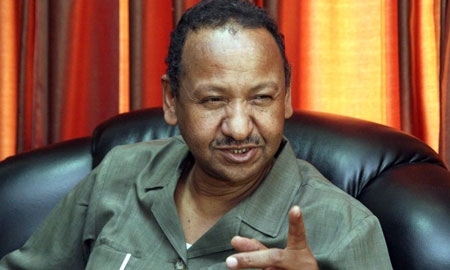 Investment has become a top priority, especially foreign direct investment – and not only for third world countries but for well developed countries also. Rich countries also compete for investment. In Sudan we are also trying very hard in order to create a good environment to compete, especially with those countries that are within the region. We need from the investors the following the three things: more resources, more jobs and more technology. We think that we can get this from the investors.
We started to attract foreign investment in the year 2000. We have developed our rules and institutions to such an extent that between the year 2000 and 2010 within this 10 years Sudan was number two in the region of attracting foreign direct investment. Saudi Arabia was number one, attracting $48 billion dollars of FDI. Sudan attracted $29 billion dollar between the years of 2000 and 2010 of FDI.
After the separation with South Sudan in 2011 and the loss of oil, our economy started to be in an unstable situation. Firstly we had shortage of currency, and secondly we had problems of stabilization of our currency, so we fell to number four. We also started to lose some foreign direct investment due to new bad environment.
This is why the government last year took a very important decision that we should work hard in order to regain our position, but not as number two – as number one, competing with Saudi Arabia once again.
The government is very ambitious in investment. So what we did is the following:
Concerning the laws, we have a new investment law that passed in 2013 that is much better than before, giving more facilities, less taxation, less customs and duties. We got rid of seaport and airport 15% charges. We are now in a better position. We have very attractive law, which is in action now. Administrative wise: in order to make it easy for the investors, we developed a one-stop shop, instead of investors going to different ministries and different states. The business climate is much better and getting improved.
We have done our research and identified the five areas where investors should come and invest:
1) Minerals: Gold is the main mineral. We have now more than 103 foreign companies from Turkey, China, Canada, Russia, from Ukraine and so on.
2) Oil: After we lost 75 percent of the oil resources to South Sudan, we are now concentrating on more oil discoveries. We have more than 40 blocks. We are now inviting investors and our aim is to develop our existing and export oil by next year.
3) Agriculture: in agriculture, there are opportunities in sugar, oil, corn, wheat, animal food. We have the right climate and of course the fertile lands around the River Nile.
4) Livestock: We have more than 100 million sheep and cows, and we are exporting to Gulf countries. In 2013 year alone, we have exported over four million heads of sheep to Saudi Arabia. What we want to do is develop this sector by exporting red meat, but we need investors to come and open slaughter houses, we need some industry.
5) Services: this includes banking and telecommunications.
What makes Sudan very special is that we capitalize on our strength in areas that others cannot compete with us. We have a different climate, location, and the Red Sea. When you look at around us, they lack this. The Gulf needs the food security, food, meat, wheat, and animal food. The best place from which it can procure these necessities is Sudan. Although we have problems, they know that Sudan is the place where they can have their food.
We have the investment security fund. If anything goes wrong in the country we stand by the investor. The purpose of this is that if anything unforeseen happens to investors, his money and his equipment will be protected. Protection of the investor is very important for us; they can enter and leave anytime.
My last message to British investors is the following: The UK is the most important European country for us in terms of investment. They have been here for 50 years, they know our culture. The British know our system better than anybody, we speak their language. So I say to British investors: come and invest in Sudan.

This very inviting and reassuring. I have been to Sudan lately and the Government is trying to move away from dependence on Oil.