Article - July 29, 2011
The huge Orinoco River forms part of the border between Colombia and Venezuela and is flanked by huge plains rich in flora and fauna 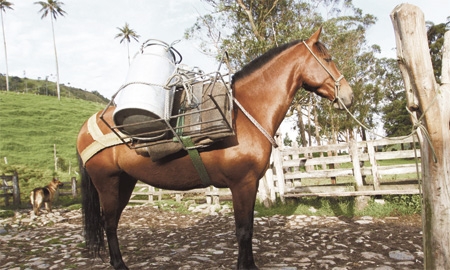 To the east of the Andes is a vast plain crossed by countless rivers that flow into the mighty Orinoco River. The Orinoquia region is known as the eastern plains from the Spanish llanos orientales and includes the states of Arauca, Casanare, Meta and Vichada. The climate is hot and dry, resulting in savannah vegetation, natural grasses, and a rich and varied fauna.

The region is rich in oil, with deposits discovered in Arauca and Casanare attracting many new settlers, and is also apt for extensive ranching.

Covering around 270,000 square miles, or three-fifths of the country’s area, the llanos (plains) are sparsely populated and the majority of settlements are situated in the foothills of the eastern cordillera (mountain range) of the Andes. Here you can find a launch pad to the region at Villavicencio, known as the ‘gateway to the plains’.

Colombia’s agricultural heartland is known for its beautiful sunsets and traditional fincas (farms), which draw in visitors from Bogota during holiday weekends.The region is unbroken by highlands except in the state of Meta, where the Macarena Sierra, an outlier of the Andes, has piqued scientists’ interest as its vegetation and wildlife are believed to be reminiscent of those that once existed throughout the Andes mountain range.