Op-Ed: U.S. and Pakistan in a “long term and mutually beneficial partnership” 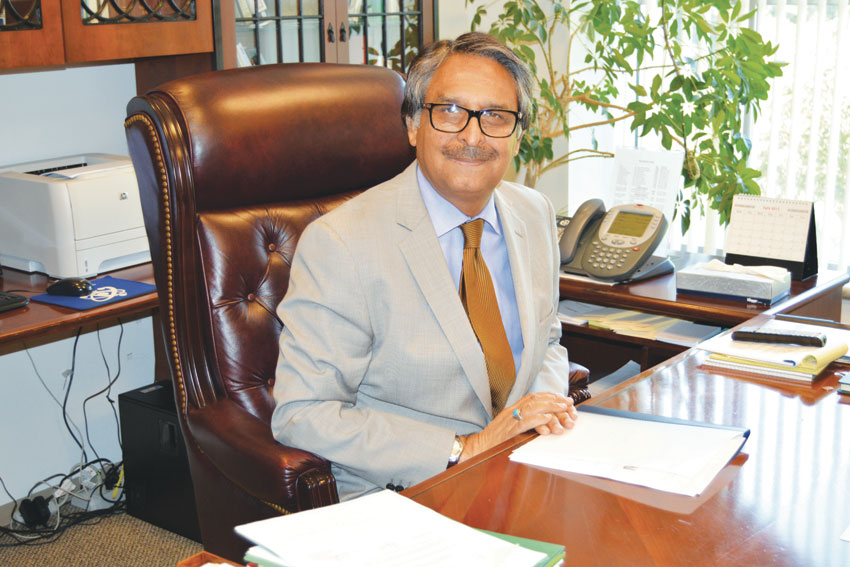 JALIL ABBAS JILANI, AMBASASADOR OF PAKISTAN TO THE U.S.
SHARE

As the arc of instability extends its tentacles from Africa to the Middle East, with shadowy forces like Islamic State of Iraq and the Levant (ISIL) seeking to expand influence on the fringes of South Asia, President Obama’s call for forging counter-terrorism partnership from Sahel to South Asia must be viewed as a timely initiative geared to stemming this emerging exponent of violent extremism.

Pakistan, the largest democratic Muslim state in South Asia, is joining hands with the United States and other civilized nations of the world in our enduring struggle against extremism. Pakistan and the United States have successfully collaborated in the past to extinguish the core of the terrorist group known as Al-Qaeda from the region, and indeed Pakistan has credentials to offer its support to the international community for this monumental task once again. After all, Pakistan has been both a frontline state and itself the greatest victim of terrorism.

As Ambassador of Pakistan to the United States, I wish to highlight some key developments in the country that have transformed its security and economic paradigm over the last two years, making Pakistan an even stronger partner of the international community in stemming  the rising tide of ISIL and promoting peace and prosperity in South Asia.

Pakistan and the U.S. are already working closely in many of these areas under the Strategic Dialogue Framework. With more convergences on regional stability, economic integration and mutual desire to expand people to people contacts, this relationship is transforming into a long term and mutually beneficial partnership.

On assuming office in 2013, Prime Minister Muhammad Nawaz Sharif understood that peace and development were indivisible for the country and that progress on one objective could not wait at the cost of the other. The government’s response to terrorism and militants challenging the writ of the State was the comprehensive military operation, Zarb-e-Azb. It stands out as a critically important national endeavor that has enjoyed unflinching support of all the major political parties and has been fully owned and blessed by the people of Pakistan. Eighteen months down the road, Zarb-e-Azb is the greatest success story of not only Pakistan’s counter-terrorism history but has also been acknowledged and appreciated by the defense experts around the world. Today, we can proudly say that Zarb-e-Azb has broken the backbone of all terrorist networks operating from Federally Administered Tribal Areas (FATA) and their command and control structures have been  completely destroyed.

The nation-wide effort is not confined to eradicating terrorist networks and destroying their safe havens in FATA. In line with the National Action Plan, intelligence-based law enforcement and clean up operations are also proceeding throughout the country including in major urban centers to eliminate any terrorist sleeper cells. Overall, it is no small achievement that while incidences of terrorism continue to rage in many troubled spots of the world, in Pakistan terrorism attacks have come down almost 70%.

Meanwhile, thanks to the wide ranging economic reforms introduced by the government, Pakistan’s economy is showing positive signs of recovery. Resultantly, inflation has reached its lowest in several years and foreign-exchange reserves of the country have more than doubled, touching their highest level ever (over $18.6 billion). The efforts of the Government are also bearing fruit on the energy front. The roadmap for installing 21,000 megawatts (MW) of cheap energy in the short, medium and long terms has been finalized. We intend to tap coal, gas, hydel, renewable and nuclear energy resources. The government has added more than 3000 MW of operational capacity to the national grid, half of which is directly linked to U.S. assistance in the energy sector cooperation. What’s more, the conclusion of the China Pakistan Economic Corridor (CPEC) in April this year for an ambitious portfolio investment of $46 billion (mainly focusing on energy related projects) will be a game changer in turning Pakistan’s economic fortunes. It will also serve as a source of progress and prosperity in the wider South Asian Region. Multiple projects already at advanced stages lend us the confidence that Pakistan’s energy crisis will be largely contained by
end of 2017.

Pakistan’s growing engagement with the World Bank – as evidenced by the approval of an unprecedented $11 billion ‘Country Partnership Strategy’ for Pakistan (2015-2019), as well as the release of eight tranches by the International Monetary Fund (IMF) as part of its Extended Fund Facility program – is proof of the international community’s growing confidence in the direction of our economy.

Acknowledging these positive developments, Moody’s and Standard and Poor’s have upgraded Pakistan’s credit rating and economic outlook from stable to positive. Bloomberg has recently short listed Pakistan as one of the attractive emerging markets in the next few years.  A new energy policy, new security policy, initiation of several big and small dams and energy projects as well as regional connectivity initiatives like CASA 1000 and TAPI (Turkmenistan-Afghanistan-Pakistan-India-Pipeline) are all promising signs of a better, stable and progressive Pakistan.

Pakistan is also committed to playing a positive role for restoring peace and stability in the region. Pakistan has demonstrated resolve and willingness to facilitate an Afghan led reconciliation between all stake holders in Afghanistan. As a responsible neighbor, Pakistan is ready to make peace with India on principles of sovereign equality and mutual respect in order to resolve all disputes, big and small, for lasting peace in South Asia.

Having consolidated its democratic institutions after a peaceful transition in 2013, Pakistan stands tall in the comity of nations as a large Muslim majority democratic State committed to political pluralism, good governance and the rule of law. Pakistani media is conspicuously free, our courts are independent, civil society is vigilant and our business and corporate culture is entrenched in the principles of free market economy.

It is this democratic and stable Pakistan that offers the best chance of partnering with the United States and other nations of the world to deal with our common challenges, ranging from violent extremism to climate change, nuclear proliferation and refugee crises. Pakistan and the U.S. are already working closely in many of these areas under the Strategic Dialogue Framework. With more convergences on regional stability, economic integration and mutual desire to expand people to people contacts, this relationship is transforming into a long term and mutually beneficial partnership.

Eighteen months down the road, Zarb-e-Azb is the greatest success story of not only Pakistan’s counter-terrorism history but has also been acknowledged and appreciated by the defense experts around the world.

As Prime Minister Muhammad Nawaz Sharif visits Washington DC this week on the invitation of President Obama, the two leaders will discuss all these issues in great detail. I am confident that Prime Minister’s engagements in DC will contribute to further strengthening the relationship not only for the benefit of the peoples of Pakistan and the United States, but also for peace and stability in South Asia and the broader region.