A long hard road ahead

Article - November 30, 2011
The sheer size of the country creates challenges for Tanzanian transport 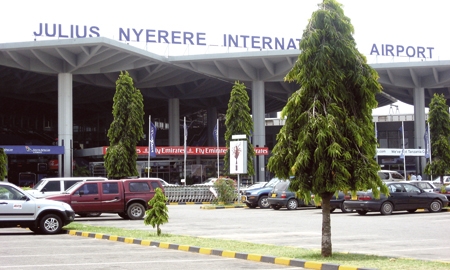 Blessed with an 885-mile coastline on the Indian Ocean and bordering six landlocked neighbours, Tanzania is well placed to become an important transportation hub. However, the country covers almost the same area as the UK and France combined, and needs to invest in its transport network if it is to capitalise on its location.

The 12-berth port at Dar es Salaam is one of the largest in East Africa and is approaching its operational limit. The port authority is working on a £370-million plan to add two new container terminals. “Dar es Salaam’s port is constrained in terms of both depth and area, so we will have to venture into greenfield ports as we embark on another 50 years of development,” says Minister of Transport Omari R. Nundu.

Tanzania’s 2,500-mile railway infrastructure consists of two separate systems, operated by Tanzania Railway Limited (TRL) and Tanzania Zambia Railway Authority (TAZARA). However, both rail networks are underperforming, according to the Minister, who adds: “My focus for the next five years is on how to transform these into modern railway lines. Recently we increased rolling stock with 90 wagons and six locomotives and we expect to receive much more in the coming few years.”

Air travellers have several entry options, with private operators such as Precision Air flourishing, though the national airline, Air Tanzania, has been mothballed by the government while it evaluates a new business strategy for the flag carrier.

The semi-autonomous Tanzania Airport Authority (TAA) oversees the country’s 58 mainland airports. In Dar es Salaam, £45 million has been spent on improving infrastructure at Julius Nyerere International Airport (JNIA) and the TAA is looking for another £305 million to upgrade terminal facilities. “At JNIA, we anticipate twice as many passengers in five years,” says Suleiman S. Suleiman, acting director general of TAA. “We are looking for financiers for the new Terminal 3 and we are currently weighing up the best option: public-private partnerships (PPPs), or borrowing.”

Investors are encouraged to also look at Mwanza Airport, which has a capacity of 100,000 passengers but is handling 220,000 people annually, and Kilimanjaro International Airport, where the government is looking for a private entity to take over operations. “We have 30 regions in Tanzania, and our goal is for every region to have an all-weather tarmac runway within the next 10 years,” says Mr Suleiman.