Despite the challenges it faces, the republic has weathered the oil price storm and has big plans for its vital energy sector that include raising output, tapping LNG and more than doubling electricity production by 2017 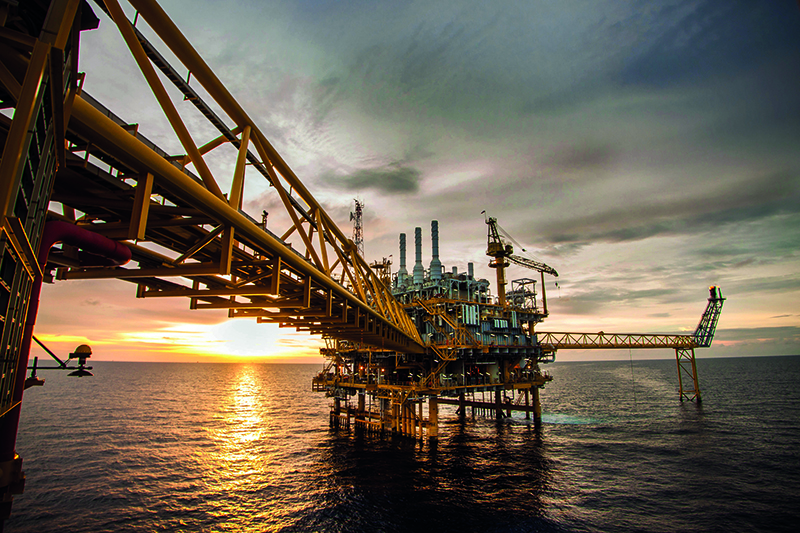 Since oil was initially discovered in Angola, the industry has grown notably, and almost all production comes from offshore fields off the coast of Cabinda and from deepwater fields in the Lower Congo basin. Onshore production remains limited at the moment.

According to January 2015 estimates from the Oil & Gas Journal, the country is home to 9 billion barrels of proved crude oil reserves. Angola also produces natural gas, and is working on developing the infrastructure required to boost this segment.

Although oil production boomed from 2002 to 2008, with Angola’s GDP expanding by on average 15% per year, according to the World Bank, the country suffered when the effects of the global crisis hit in 2009.

Oil is the primary component of the nation’s economy, accounting for almost half of GDP, 80% of tax revenues, and 90% of export earnings, according to The African Report. Therefore, it comes as no surprise that falling oil prices, together with a slowdown in production, have had a notably negative impact. Oil prices have essentially halved in the past six months, and “income has already been impacted by the drop in oil prices, [with the result that] we need to create measures to mitigate the impact of falling oil revenue on public spending”, said Angola’s President José Eduardo dos Santos in a state-of-the-nation speech in October 2014.

Although the economy expanded in 2014, growth did not offset slides in oil revenue. Tumbling oil prices will have widespread effects on the country, and has already led to budget cuts of 1.8 trillion kwanzas ($16.5 billion).

This scenario will indubitably have an impact on Angola’s ability to fully grow its GDP. Other effects include a rise in inflation, a weaker currently, a budget deficit, and a possible current account deficit. This will, of course, affect the government’s efforts to diversify the economy, and public spending will have to continue to be cut. A large number of programs are expected to be postponed, and future projects will most likely be cancelled, such as those to build roads, provide access to drinking water, and increase electricity coverage.

Investments in education, including teacher training and classroom construction, have already been scaled back. The Finance Ministry had originally projected 9% growth for 2015, but that was before they were forced to slash the budget.

Angela Bragança, the Secretary of State for Cooperation of the Angolan Ministry of Foreign Affairs, says these measures aim “to preserve currency and price stability and economic and social growth.” According to analysts at NCK Research, while the budget revision “is certainly positive and will allow authorities to contain the impact of the oil price shock to an extent, the budget deficit [is expected to] be significantly wider than what authorities predict.”

In the past, lower oil prices in 2008 posed a problem for Angola in the form of delayed payments to construction firms. However, in recent years the country has had better relations with the World Bank and the IMF, and its banking system is more sophisticated. Moreover, in spite of the situation, “Angola is in a better position to finance itself in the external markets,” says AECOPS, a Portuguese construction lobby group.

As for future oil prices, that is the biggest guessing game. They could plunge or they could soar; the truth is that predicting something so volatile is nearly impossible. But analysts try anyway, and most mainstream forecasters expect prices to “remain more or less where they are, which is around $52 per barrel,” according to Yahoo! Finance.

One of Angola’s objectives for combating this situation is economic diversification. “Our economy should not be permanently held hostage to oil sector revenues, and so we must take advantage of other resources to re-launch our economy,” says Petroleum Minister José María Botelho de Vasconcelos.

He adds that other sectors, such as agriculture and energy, are starting to increase their contributions to the economy, with the result that there is redistribution in the production of wealth. “This is contributing to the diversification and socio-economic development of Angola,” the minister says, with improvements becoming visible. The benefits of oil need to extend throughout the social strata of Angolan society, with a view to further reducing poverty. This is a priority, and the UN has already made positive assessments in this area in Angola. The country has also made strides in increasing life expectancy and in reducing infant mortality and malaria-related deaths.

Despite this long-term objective, petroleum is likely to be the dominant driving force in Angola’s economy in the near future. However, the country has successfully reduced its dependence on that resource and other sectors have emerged which are now contributing more to the economy, thanks to proactive policies by the government. Revenues from oil as a percentage of the total have declined, and its share of GDP has also been reduced. Oil and diamonds account for a very high percentage of exports, around 98%, but there are notable efforts to increase the contribution from other minerals.

Meanwhile, Angola’s oil sector continues to evolve. Although it has, to date, been dominated by international players, small local companies are finally getting in on the action. According to Mr. Botelho de Vasconcelos, tenders are being organized for onshore concessions, with a view to increasing the participation of local firms and fostering the creation of partnerships with companies abroad – the goal being to provide support in terms of financial resources and also expertise. Additionally, given the industry’s complexity, there have primarily been three or four national companies operating as services providers; however, local companies are also stepping up to participate in this area.

The U.S. continues to be a very important strategic partner for Angola, and the two nations have a history of cooperating in this area. Exxon, Halliburton and Chevron, among others, have successfully worked with Angola in mutually beneficial partnerships, and Angola has a reputation for having coordinated and participated in initiatives promoted by both countries.

Compared with other African countries, Angola is one of the most competitive in oil and gas, mainly due to the “mechanisms used in contractual relations, which attract investments to the country,” says the petroleum minister. The country takes great pride in rigorous relations with partners, which it believes sets it apart from other nations on the continent.

There have also been efforts to develop human capital within Angola’s oil industry, with the National Eastern Petroleum Institute in Sumbe, among other higher education institutions. A small portion of revenues from each barrel of oil goes toward training for future oil sector workers and to fund scholarships. A major focus is also to funnel proceeds to the rest of the population. Domingos Francisco, Director of the National Petroleum Institute (INP), states the best way to use the proceeds from oil is to invest in health and education programs for Angolans, which is another government priority.

Angola also has strict oil and gas sector requirements vis-à-vis international oil companies that seek to increase the number of Angolans hired and in management positions, known as its Angolanization policy. A threshold in this regard has been created. Additionally, those companies must contribute to training programs in Angola and use local banks for their business.

Despite the challenges it faces, Angola has big plans going forward, setting a target of pumping 2 million barrels per day in 2015, up from 1.87 million, and aiming to more than double electricity production to 5,000MW by 2017, as new hydroelectric dams are built.

The country’s $10 billion Angola LNG project aims to process, sell and deliver 5.2 million tons of liquefied natural gas per year from one of the most modern facilities in the world, a plant in Soyo, some 215 miles north of Luanda. It includes seven LNG vessels and three loading jetties, and the project has several shareholders, among them Chevron, BP, Eni, Total and Sonagol. This venture uses solutions that reduce emissions and its mission “is to eliminate flaring of gas, provide clean and reliable energy to customers, and maximize the return on investment”, according to Angola LNG.

The plant has been temporarily closed to resolve a series of pending issues, but is expected to be operational again in 2015. There are also many crude oil projects slated to begin in 2015, 2016 and 2017, among them Mafumeira Sul, the East Hub Project, Greater Plutonio Phase III, and Kaombo.

Angola may be able weather the storm and ride out volatility in oil prices, but it is imperative that the focus be placed on diversifying the economy, as overdependence leaves it very vulnerable. The government must find new engines of growth to ensure a more stable situation for the economy, the people and the future.