Attracted by stability and the highly attractive fiscal scheme, IOCs such as Repsol, Chevron, BP and Genel are betting big on one of the last remaining frontiers in North Africa. 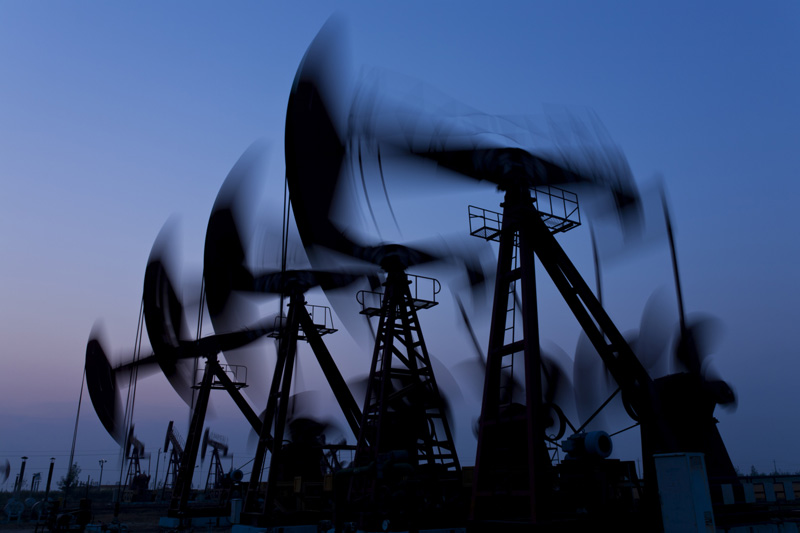 Since 1956 oil companies have drilled more than 300 wells in Morocco; but so far not to much avail and the Kingdom still awaits its first big oil discovery.  It remains the only non-oil producing nation in North Africa and currently imports about 95% of its energy needs.

However, advanced technology that has led to improved drilling techniques and seismic studies that give a better understanding of geological formations have instilled new hope amongst oil companies—both large and small—and there has been a significant increase in drilling activity in the past two years.

In 2014, big players such as BP and Chevron, along with a number of smaller firms, spent a total of $500 million on drilling around 30 wells—10 of which were drilled offshore, more than double the amount drilled between 2003 in 2013. The energy minister Abdelkader Amara said in December that he expects more wells to be drilled in 2015, while BP and Chevron have both announced plans to expand operations off Morocco’s coast over the next decade.

“Oil companies have a growing interest in our sedimentary basin due to its unexplored potential. Today 34 international oil companies (IOCs), including majors and independents, currently operate in different regions of Morocco, both onshore and offshore. We haven’t had that big discovery yet. But we hope to have it very soon,” says Amina Benkhadra, General Director of the National Office of Hydrocarbons and Mining (ONHYM).

Positive drilling results have given IOCs reason for optimism in this new frontier region. Irish firm Circle Oil saw its share price rise 25% after the announcement in late December that it had made a “significant” gas discovery at its KSR-12 well, located onshore in the Sebou Permit.  Genel Energy, which is headed up by former BP boss Tony Hayward, said that it believes that its three offshore exploration blocks could hold up to 4 billion barrels of oil. Earlier this month, UK-based Gulfsands announced that its studies indicated the presence of a gas bearing sandstone reservoir section of excellent quality. "We are delighted with the results of the drilling operations and petrophysical evaluation of the DRC-1 well which point to it being the best exploration success that the company has achieved in Morocco to date,” Gulfsands CEO Mahdi Sajjad told reporters.

Aside from the appeal of entering this largely unexplored and promising new frontier, energy firms have been attracted by Morocco’s stability—particularly in a region where there has been so much upheaval in recent years—and by its generous fiscal terms. As stipulated in the energy strategy adopted in 2009, companies will be able to retain 75% of all revenues, with the remaining 25% going to the Moroccan government.

“In the past, 51% of proceeds were allocated to the state but this did not help us attract investors. We currently offer conditions that are deemed the most attractive in the world to increase our chances of discovery,” Ms. Benkhadra said in an interview last year. At a time when oil prices have plunged to around $50 a barrel from $100 in July 2014, the opportunity to hold onto 75% of revenues is made all the more enticing for the companies willing to take the risk.

The government’s attractive fiscal policy is a result of its eagerness to develop the Kingdom’s potential hydrocarbon resources for energy security and independence. The intensification of hydrocarbon exploration is an important pillar of the 2009 energy strategy. “The energy strategy rests on three strategic axes: security of supply with diversification of all energy types; availability and access to energy for all segments of society at affordable prices; and exploitation and rationalization of energy use and environment preservation,” explains Ms. Benkhadra.

Renewables will form an important part of the energy mix. Under the strategy, the government aims to have 2000MW coming from solar and wind by 2020, and in total 42% of the energy matrix will be made up by renewable sources, with solar, wind and hydro each representing 14%.

Another important pillar of the energy strategy is regional integration, particularly with the Euro-Mediterranean area, to increase security and to develop cooperation and technology transfer. In this respect Morocco hopes to work more closely with its close neighbour and important commercial partner, Spain.

“Regarding Spain, two lines under the Strait of Gibraltar interconnect us, and we are working to increase the capacity of those lines so that we can export green electricity from Morocco to Europe in the future. Currently we import electricity from Spain on a daily basis to meet our needs,” says Ms. Benkhadra. Morocco already cooperates with Spain in terms of skills transfer: ONHYM has a close relationship with Spanish oil firm Repsol, to whose foundation in Madrid it sends young recruits to complete an MBA programme.

Attracted by stability and the highly attractive fiscal scheme, IOCs such as Repsol, Chevron, BP and Genel are betting big on one of the last remaining frontiers in North Africa. If their optimism surrounding the exploitation of Morocco’s potential hydrocarbon prospects proves to be warranted, Morocco could well join its oil-rich, yet more turbulent, neighbours Libya, Syria and Algeria in the energy exporters club in the future.

By Jonathan Meaney, staff writer at The Worldfolio