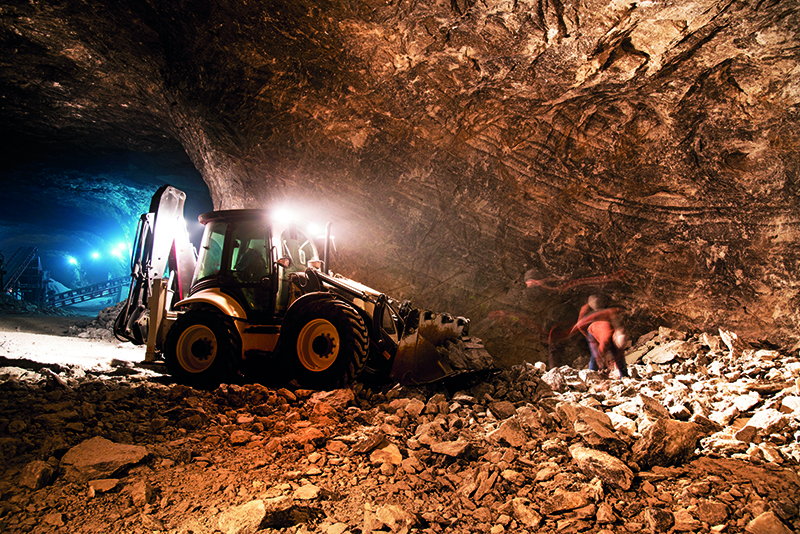 The Angolan government is working hard to keep the country on track, leverage its successes, and prepare for positive, sustainable growth in the future. A vital part of that process requires economic diversification with a view to reducing dependence on oil, and reinforcing other sectors, such as fisheries, construction, agriculture and energy – all of which are growing as a result of strategic investments and increasing their contribution to GDP.

The government has used the oil windfall to develop the services sector, while also attracting considerable foreign direct investment for real estate projects. Fiscal policy is expansive and focused on boosting employment and growth, as well as on macroeconomic stability. Meanwhile, public investment is being allocated to telecommunications, agriculture and hydroelectric power.

A major challenge Angola faces is the so-called “resource curse”. Well-known economists such as Jeffrey Sachs and Joseph Stiglitz have shown that countries that are overly dependent on natural resources, like oil, often underperform others with fewer resources in areas such as long-term economic growth, human development, and governance. Countries affected by the curse suffer from more acute inequality, more conflict, more corruption and deeper poverty.

This situation is the result of “Dutch Disease”, which is where an inflow of foreign aid or increased revenues from natural resources leads the national currency to appreciate, making the country’s exports more expensive and, therefore, less competitive. Oftentimes the dominant sector also pays much better wages, drawing talent out of other potential sectors, while crowding out the rest of the economy.

Angola is working to combat the curse, but it is no easy task. The civil war ended years ago and the government is focused on reducing its dependence on oil; however, it is still the main export and contributor to GDP. Proper resource allocation and appropriation of funds into key catalyst programs, such as educational facilities, is vital.

According to Augusto Da Silva Tomás, Minister of Transport, Angola is “an imbroglio of necessities and contradictions. We have to work hard to strike the right balance among all variables in a positive and proactive way.”

The country lacks financial resources and equipment, technology, and skilled workers. Nevertheless, it is plowing ahead, determined to make use of its strategic location as much as possible.

With that in mind, notable efforts and funds have been allocated to overhauling every segment of the transport sector, the ultimate goal being to create a network that connects the whole country, from north to south and east to west. According to Mr. Da Silva, it is very important to leverage Angola’s strategic location vis-à-vis central and southern Africa. To this end, many short, medium and long-term actions, projects and programs have been rolled out targeting roads, airports, ports and railways.

In terms of roads, the goal is to refurbish the main highways and secondary roads in cities and villages, connecting the entire country. The government has also financed trucks, taxis and bikes for citizens with a view to promoting mobility. The national aviation sector is being restructured, first with the reformulation of the sector’s legislative and regulatory framework, and also with the modernization of airports.

Ports are being refurbished and modernized, starting with the Port of Namibe, and there are projects for an additional three ports. Several passenger terminals are being built in Luanda to facilitate transportation by sea and alleviate congestion in the city, and there are plans to build additional ones along Angola’s coastline. The railways have also been expanded, and there are new trains to transport both people and cargo.

According to Mr. Da Silva, “By investing in this infrastructure, the government is paving the way for economic diversification. Linking ports, airports, railways, and fundamental road networks will drive development in areas such as energy, water, agriculture, fishing, and mining”. The next step would be to link those platforms to Congo, Zambia, Namibia, and other nearby countries.

“We are working so that Angola becomes a leader not only in central Africa, but also on the rest of the continent and in the world,” says Mr. Da Silva. “We want to benefit from our privileged geostrategic location to become a transit platform for passengers and merchandise to the rest of Africa, Central America, South America, and Asia. We are at an advantage compared with landlocked countries, and with our refurbishment and investment plans, we can enhance production not only in Angola, but also in the region as a whole.”

Mining is another sector going through important changes. Although the focus remains on diamonds, this industry is also looking to diversify. Serious efforts began in 2014 to identify, measure and locate the country’s vast geological resources using the latest technology. Francisco Queiróz, Minister of Geology and Mines, emphasizes the importance of mapping out the republic’s resources underground in order to attract investment in the exploration of other prolific minerals, such as gold, manganese, coal, iron, copper and phosphates.

In the meantime, another focus is to better distribute the benefits from diamond mining activities to the general population. Mining companies currently pay taxes that are used to develop the areas where the mines are located. Additionally, the sector has previously created many jobs and the goal is to boost employment going forward.

Lastly, there is a focus on corporate social responsibility, with the result that sector companies “are investing in projects with positive impacts on the local population”, and more rigorous CSR standards are in the pipeline.

Angola is not without challenges, but it is determined to rise to the occasion and address its shortcomings, replicate its successes and leverage its advantages.