The Organization of American States (OAS), whose member states are currently convening at the VII Summit of the Americas in Panama City, deems tourism as a vital sector – not only in economic terms, but also as a way to promote understanding among the people of the Americas 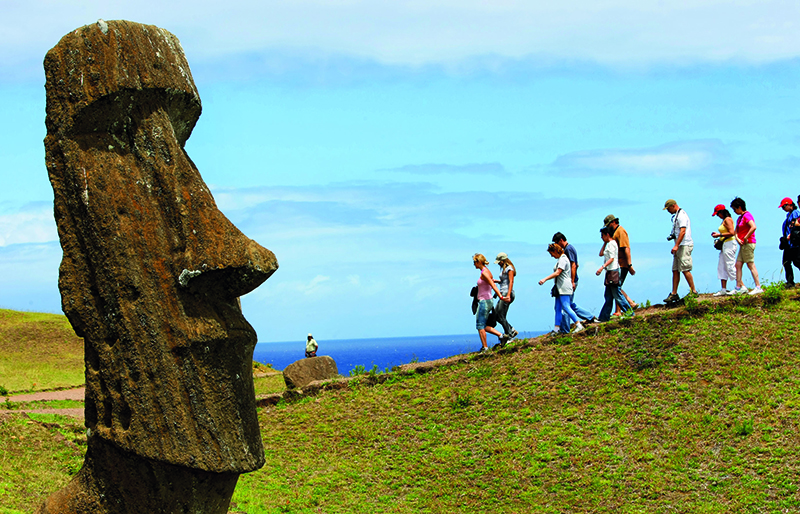 It was at the 1994 Miami Summit when the OAS began taking important steps to increase tourist flows and improve the region’s tourism industry in general. Two years later, the Inter-Sectoral Unit for Tourism was created.

In September 2014, the 12th annual Inter-American Congress of ministers and high-level authorities of tourism – an event convened by the OAS – was held. The resulting declaration from the meeting highlighted that “tourism competitiveness is an important component of sustainability and remains an issue in the Americas, which warrants a hemispheric response through the development of common strategies where possible.”

Within the OAS’s Department of Economic and Social Development there is a dedicated Culture and Tourism Section to “support the development of tangible and intangible cultural and tourism assets and cement new and established links between tourism and cultural sectors,” according to the OAS website.

With such a wide variety of cuisines, interests, beliefs and activities among nations in the American continents, the support given by the Culture and Tourism Section has been focused on using culture as a tool for economic development and social inclusion, as well as promoting the strengthening of small and medium tourism enterprises – a vital component in building up the sector’s sustainability.

With tourism accounting for up to 22% of GDP in some OAS countries, development of this sector could lead to enormous growth in the region, especially if its troubling security concerns are overcome. And the OAS has been tackling these head-on over the last several years.

In 2013, Mexico – whose tourism industry contributes around 8% to GDP – hosted the OAS’s “Specialized Tourism Security Course for the Public and Private Sectors”, aimed at strengthening partnerships and efforts between the two sectors in assessing threat and vulnerabilities, establishing tourism security standards and protection measures for tourist facilities, and crisis management, among other things.

In more recent news, Mexico and the OAS in February launched this year’s edition of the CONACYT-OAS-AMEXCID Scholarship Program. This initiative, which began in 2012 along with Mexico’s Council of Science and Technology (CONACYT) and the Mexican Agency for Development Cooperation (AMEXCID), grants post-graduate scholarships to students throughout the region in the fields of engineering, physics-mathematics and earth sciences, biology and chemistry, medicine, and health sciences.

While contributing to the improvement of scientific and technological capacities throughout the Americas, it also encourages graduate students to live and study abroad in other OAS nations. Emilio Rabasa, Permanent Representative of Mexico to the OAS, said of the program, “It is a clear example of the will of my country to strengthen cooperative ties with the Americas.”

The OAS is a region that faces some challenges with tourism, but it has also gained international recognition as an area where tourism, especially sustainable tourism, is primed for growth. As the tourism industry along with cooperation in education sector continue to expand in this region, social and economic development will follow, putting the area on track to achieve its long-term goals.