The country’s traditional engine of the economy holds opportunities for expansion beyond extraction and production, and its appeal is not lost on investors 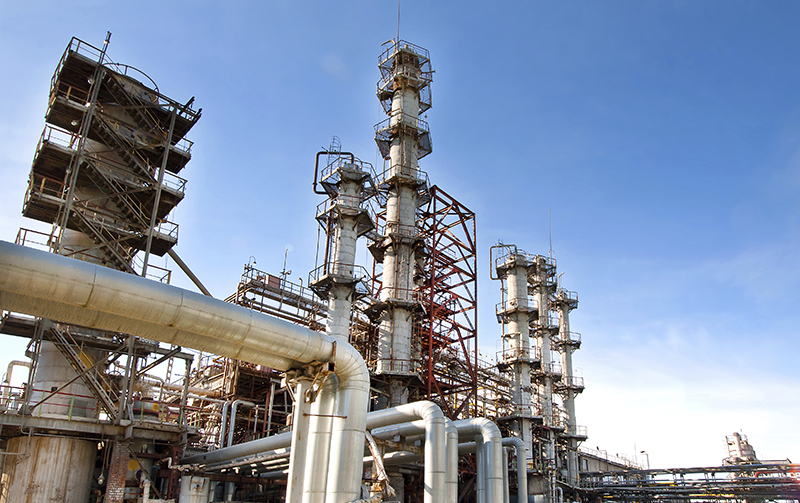 Almost 47 years of independence from Spain have brought many changes to Equatorial Guinea. The primary reason for the nation’s developments – as well as those enjoyed by other nations in the region – is the oil industry. Yet the government is planning many more with its Horizon 2020 plan to diversify its revenue sources, reduce poverty, and increase infrastructure.

The energy sector is eager to continue playing a central role in the country’s progress, according to Gabriel Mbaga Obiang Lima, Minister of Mines, Industry and Energy. “It has been the engine that has driven economic growth,” he says, and the ministry is working hard to continue exploiting the country’s natural oil resources.

In December 2014, the ministry signed an agreement with Taleveras, one of the leading suppliers of crude oil and refined petroleum products in West Africa. The venture will construct Africa’s largest oil storage terminal at Punta Europa on the island of Bioko, and will be ideally situated to serve West Africa’s main oil supply and demand centers.

To be developed in stages, the Bioko Oil Terminal is expected to have a total storage capacity of 1.2 million cubic meters for refined products and crude oil by the end of its first two phases.

“Since 1991 we have been working on diversifying the hydrocarbon industry,” says Mercedes Eworo Milam, General Director of Hydrocarbons for the Ministry of Mines, Industry and Energy. “We also have a liquefied natural gas (LNG) plant, a methane plant, and projects in areas such as petrochemicals.”

As sustainability is a key component of the Horizon 2020 economic plan, diversification of Equatorial Guinea’s other industries and products is also important. Mr. Obiang Lima points to the ministry’s successes: “We have various agreements and anticipated projects to diversify the industry and open the door to markets for new products.”

Equatorial Guinea has long invested its own money into the nation for development.

According to President Teodoro Obiang Nguema Mbasogo: “We are investing all of the proceeds obtained from natural resources in our country. All of our transformations and the things we have here in Equatorial Guinea have not been obtained from cooperation or from bank loans; they are investments made by the state.”

As a result of this approach to development, the oil industry is financing much of the country’s diversification. Mr. Obiang Lima explains that the ministry is “earmarking much of the profits from the oil industry for the development of electricity, because we believe that this is one of the products that will benefit not only our economy, but also the entire region. That is, we can supply enough for our own market, and also enough for exporting.”

In fact, as of 2013, the nation’s ability to produce electricity was greater than its demand, so Equatorial Guinea is seeking to connect with new investors in industries that require a great deal of electricity.

In addition, it is working to win over companies within the nation that receive their power from private sources. Moreover, it is striving to ensure that all residents of the country have access to electricity, no matter how remote their location may be.

“We cannot have industrialization without electrical energy,” says Marcelino Sima Mba, General Director of Segesa, the national electricity company based in Malabo. “A country in darkness can never develop. One of our principles is ‘electricity for all.’ The government of the Republic of Equatorial Guinea, through the Ministry of Mines, Industry and Energy has constructed significant electrical infrastructure.”

This infrastructure includes power plants with capacities of 120MW, 150MW and 200MW.

Indeed, the first phase of the Horizon 2020 program featured aggressive investment in infrastructure so that the basis for future growth could be established. Thus, many elements were constructed, including highways, ports, airports, and government infrastructure. The program’s focus is changing in the second phase.

“First, it is important to continue with specific investments in infrastructure that remain to be implemented,” Mr. Obiang Lima clarifies. “But principally, in this second phase, investment is going to be focused on social sectors, specifically on education and health.”

Future generations will benefit from the ministry’s focus on diversification and infrastructure. Mr. Obiang Lima believes that these generations “are going to find an established infrastructure, which will make additional development much easier. They will be able to dedicate more time to education, health, women, children, and those who are less fortunate.”

Equatorial Guinea’s citizens are not the only ones expected to benefit from Horizon 2020 and wider access to electricity. “As far as investors are concerned, they will benefit because they will arrive at a country in which infrastructure already exists and as a result is a much wiser choice for setting up a company.”

The country’s infrastructure and power supply are not its only selling points for foreign investors. While the nation’s size may initially seem insignificant to those looking to invest, it is actually a benefit. “In Equatorial Guinea we emphasize the Ministry of Mines as the only representative of the government for the hydrocarbon industry. This facilitates everything for an investor, because it is different speaking with separate ministry departments, with different government entities, than it is dealing with just one representative,” Ms. Eworo points out.

And Equatorial Guinea’s geographic location makes it ideal for investors as well. With Cameroon to the north, Gabon to the south, and the Congo Republic and Central African Republic to the east, access to Equatorial Guinea means access to a potential consumer base of 300 million people, all within less than 400 kilometers.

The nation’s stability, which has contributed to the electricity industry’s growth, is another advantage for foreign investors. “All development plans have been established, and each area and ministry knows exactly what to do,” says Segesa’s Mr. Sima Mba. “Equatorial Guinea’s development and growth have been meteoric, because we have learned from the mistakes and successes of our neighbors.”

There is stability among citizens as well. “People from different tribes live in Equatorial Guinea,” Ms. Eworo explains. “We live in harmony. Certainly, all societies have problems, but clearly we are all behind the President. In our industry and in others, we have never known of any desire to sabotage [the work we are doing]… We are in a situation that is well under control, in which we all clearly see what our priorities are. This is an incentive for investors.”

In fact, investors who come to Equatorial Guinea soon find themselves part of the community. “Investors, that is, the actual individuals, integrate themselves into the communities and live peacefully,” adds Ms. Eworo. Investors come not to just profit: they come to develop their own lives and, as a result, have a mutually beneficial relationship with Equatorial Guinea.

“We have always done all we could to show the world that it is not size that defines Equatorial Guinea, but its ideas,” says Ms. Eworo.

Mr. Obiang Lima adds: “The importance or power of a country is not reflected by the number of inhabitants, but by the quality of work and production. We have focused on how to develop a country through the oil sector, and many African countries have even followed our example. We were among the last to discover oil, but we have managed to develop the country from those resources. As a brand, although we may be small, we have economic discipline, and we have a huge development.