The Islamic Republic’s reemergence as one of the world’s major oil and gas exporters will be an enormous game changer for the global market, with the lifting of sanctions and new Iran Petroleum Contract (IPC). 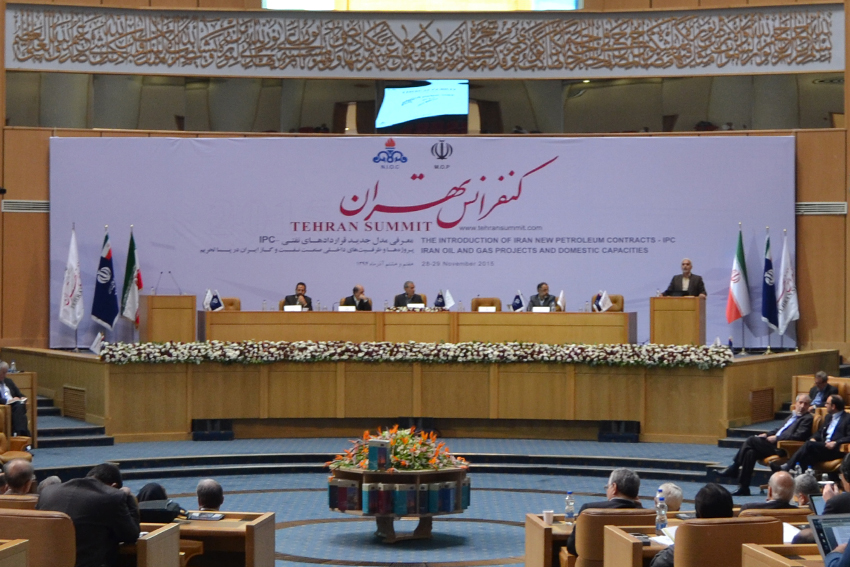 THE TEHRAN SUMMIT 2015 PRESENTED IRAN’S NEW MODEL OF OIL CONTRACT, THE IRAN PETROLEUM CONTRACT OR IPC, TO POTENTIAL INVESTORS FROM AROUND THE WORLD
SHARE

Following the anticipated lifting of crippling trade sanctions in 2016, Iran, the world’s 18th largest economy and a founding member of OPEC, will once again become a major player in the global oil and gas market. Investors keen to find out more about the upcoming changes in the sector attended the Tehran Summit on November 28-29, 2015, including the opportunities that will be created by the new Iran Petroleum Contract (IPC).

As the country hopes to attract technology and capital from abroad to ramp up production ($185 billion worth of investments will be required in its oil and gas projects over the next five years) the IPC is designed to offer more favorable conditions than those offered under previous contracts, giving investors a chance to increase their profits, more flexibility in terms of collaboration and investment risks, and service contracts with a duration of up to 25 years.

Executives from Europe and Asia’s biggest oil companies who attended the two-day summit welcomed the new contract model, calling it a step in the right direction, but believe many issues remain to be ironed out, such as those related to obligations arising from joint operating agreements and resolving disputes. Critics have also pointed out that Iran lacks the legal and bureaucratic infrastructure to carry out the IPC.

Interested parties will no doubt be disappointed that ownership of oil and gas fields will be retained exclusively by the National Iranian Oil Company (NIOC). But the IPC opens the path for foreign investors to play a much greater role in the country’s oil and gas industry than ever before through joint ventures with the NIOC.

“We do not claim that this is an ideal and flawless scheme but it can address the needs of both the National Iranian Oil Company and international oil companies,” said Iran’s Minister of Petroleum Bijan Namdar Zanganeh, who is confident that the IPC will attract around $30 billion in foreign investment. “Iran is required to use the present opportunity [provided by the IPC] to establish effective and strong partnerships with international as well as local companies,” Carlos Borde, an executive at oil firm Kensel Smith told Iran Daily, sharing the oil minister’s optimism. “Currently, Iran is presenting opportunities which, most probably, are not going to be repeated in a very long time anywhere in the region.”

With the world’s fourth-largest crude reserves, Iran hopes to increase oil production to 5.7 million barrels per day (bpd) by 2021, up from about 1 million bpd since sanctions were introduced in 2012, and the IPC is seen as crucial to that goal. The oil ministry has stated that within one week of sanctions being lifted, oil production will be increased to 500,000 barrels per day to supply the country’s traditional customers in Europe and Asia.

But the greatest potential lies in natural gas, of which Iran has the world’s largest proven reserves. The Iranian government plans to lift natural gas production to 1.4 billion cubic meters per day by 2021, and recently announced that it is preparing to bring five LNG plants online within the next three years, including one facility that is already more than halfway completed. Several international energy firms have expressed interest in participating Iran’s LNG projects under the terms of the new contract model once sanctions are lifted.

Iran’s emergence as one of the world’s major LNG players has particular importance to Europe, where many EU officials have spoken of the possibility of importing LNG from Iran and subsequently putting an end to Russia’s stranglehold on the European gas market.

The Tehran Summit will be followed by the Iran Oil & Gas Post Sanctions Summit in London on February 22-24 2016, giving investors who were unable to attend the Tehran event a platform to discuss Iran’s re-entry into the global energy arena, greater details about the new IPC, and further insights into the projects that will be opened for investment for international stakeholders in the post-sanctions era.