New chapter in trade with the EU

Iranian President Hassan Rouhani’s signing of multibillion-dollar deals on his recent historic visits to France and Italy reflect the surge of interest in doing business with Iran since the removal of international sanctions last month. 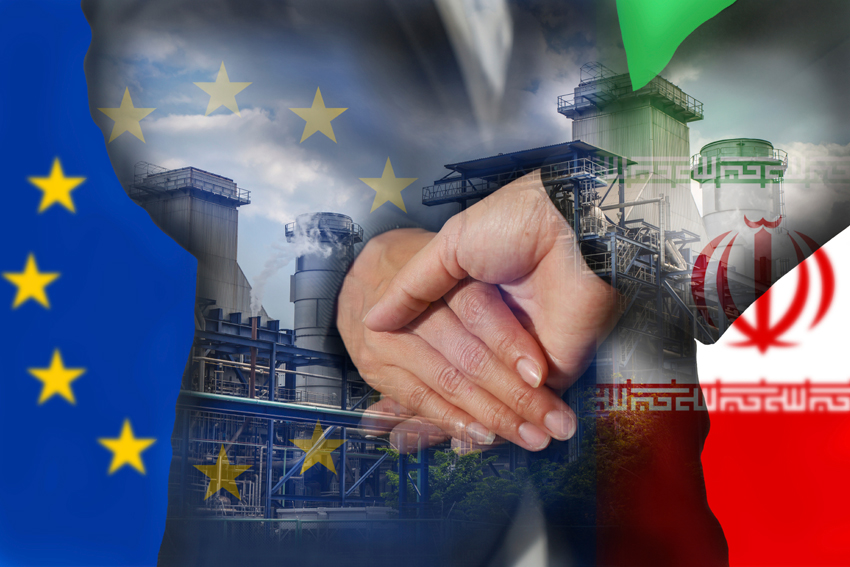 The huge appetite for trade with Iran has been clearly demonstrated by the huge number of foreign delegations visiting the country over the past year. During the first nine months of the current Iranian calendar year, beginning March 21, 2015, 145 trade, economic and investment delegations from 48 countries visited Iran. According to Deputy Marketing and Relations Deputy of the Trade Promotion Organization (TPO) of Iran, Mir Aboutaleb Badri, this flood of international interest included “71 delegations with 2,640 members from Europe and America; 41 delegations with 702 members from Asia and the Pacific; as well as 34 delegations with 421 members from African and Arabic countries.”

A 360-member delegation from Italy was the largest group to visit, while Germany sent the greatest number of groups, deploying 12 delegations to strengthen ties with Iran.

And with the lifting of international sanctions against Iran in January, the race is now on for the country’s future riches. For example, Germany is looking to revive its engineering and machinery trade with Iran, France its huge car industry, Italy its manufacturing, and the UK its financial services.

Italy was Iran’s largest European trade partner before sanctions were imposed in 2010, which forced Italy to cut bilateral trade to one-fifth of its previous level. Less than two weeks after the lifting of sanctions was announced, on January 25, 2016, Mr Rouhani arrived in Rome and met with Italian President Sergio Mattarella and Prime Minister Matteo Renzi as the first leg of a five-day European tour.

During the President’s visit, Iran and Italy signed deals worth around $18.4 billion for cooperation on energy, infrastructure, shipbuilding, and mining projects. Some 14 MoUs were signed, including a deal with the Parsian Oil & Gas Development Company to upgrade Iran’s Pars Shiraz and Tabriz refineries. Contracts worth around $6.35 billion were inked with the Italian steel firm Danieli. Before leaving for Paris on January 27, the two nations issued a joint statement outlining a roadmap for bilateral cooperation.

On arriving in Paris for the second leg of his tour to meet with French Foreign Minister Laurent Fabius, President Francois Hollande, and a group of French business leaders, Mr Rouhani stated “a new chapter has begun in Tehran's relations with the EU.” He is the first Iranian president to visit France since 1999, and France was among the first European countries to seek stronger ties with Iran after the nuclear deal – the Joint Comprehensive Plan of Action (JCPOA) –was signed on July 14, 2015. So, unsurprisingly, it’s among the frontrunners sealing new deals following the lifting of sanctions.

“With the new circumstances following the nuclear agreement, we can develop the level of economic cooperation between the two countries more than ever before,” said Mr Rouhani.

The day after arriving in Paris, French and Iranian officials signed 20 agreements to seal economic, political, and cultural collaborations. French auto giant Peugeot revealed it had reached a deal with Iran Khodro worth $436 million to manufacture 200,000 cars per year in Iran. Also, the energy company Total reportedly agreed to buy up to 200,000 barrels of Iranian crude oil per day. And Airbus finalized a $24 billion contract to deliver 118 commercial planes to Iran.

“The time is ripe for both countries to enhance their relations,” Mr Rouhani said, while French Prime Minister Manuel Valls commented: “France has for a long time turned itself towards Iran, fascinated by its history, attracted by its culture, seduced by this great nation which is so incomparable.”