An exuberant culture with European, Taino and African roots 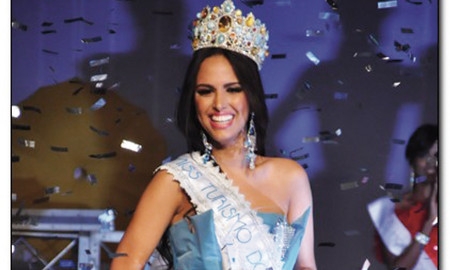 Dominican culture is a mixture of European, African, and Taino culture, which, when combined, result in a diverse ethnic group and as such, a rich culture that is reflected in its architecture, handcrafts, music, traditions, and gastronomy.
With respect to music, no discussion would be complete without mentioning merengue, a genre born in the Dominican Republic. It is impossible to visit the island and not be swept up by the rhythm that is the Dominican’s ultimate form of artistic expression. The instrumental structure of typical merengue music reflects the influence and evolution over time of the various cultures under the Dominican umbrella. The drum reflects the African culture, the accordion the European influence, while the gourd comes from Taino culture. Merengue followed by bachata, are two forms of art used to manifest feelings, situations, experiences or opinions of the Dominican that have crossed borders, and established themselves as international insignias representative of the country.
In terms of craftsmanship, pottery, ceramics, carved woodwork, and Haitian style naïf art draw much attention, as well as jewellery made of amber and larimar, semiprecious stones found only in the Dominican Republic.

Of all of the traditions and festivals in the Dominican Republic, Carnival is considered the happiest and most colourful. Observed by the entire country, Carnival begins in February and is a celebration of popular culture that dates back to the Spanish conquest. In the same festival, Dominicans attempt to integrate creativity, unity, sarcasm, music, dance and a blend of colours that can be seen in its street parade, masks, and diablos cojuelos, mischievous little demons that sometimes meddle in human affairs.
Among the most important and brilliant Carnival celebrations in the Dominican Republic, a few stand out: those of the capital Santo Domingo, Vega, Puerto Plata, Santiago and Monte Cristi all have their main parade on February 27th, which coincides with the country’s national independence day.
In the world of sports, baseball reins supreme as the official sport of the Dominican Republic popularly known as “la pelota”. Baseball is the sport associated most with Dominicans, as the country is the birthplace for record-breaking athletes renowned in the North American major leagues, such as: Juan Marichalar, Pedro Martínez, David Ortiz, Sammy Sosa, Vladimir Guerrero, and Hanley Ramírez among other players.