Article - July 27, 2011
From hydroelectric potential through minerals and petroleum, Colombia’s bounty of resources is a huge magnet to foreign investors 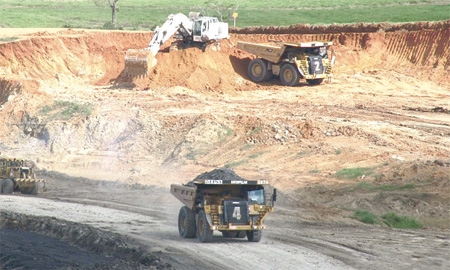 The expression ‘an embarrassment of riches’ can easily be applied to Colombia’s mineral wealth. The country possesses the largest coal reserves in Latin America, is the world’s biggest producer of emeralds, and has significant amounts of gold and nickel. Colombia also produces copper, iron ore and bauxite, the main source of aluminum.

As if that weren’t enough, Colombia also has the second-biggest hydroelectric potential in South America, after Brazil, and proven oil reserves of about 2 billion barrels. That figure could rise by as much as 6 billion barrels by 2020, if exploration continues at the current pace, according to officials at Ecopetrol, Colombia’s state-controlled oil company.

President Juan Manuel Santos wants energy and mining to be one of the five ‘locomotives’ of growth, and is acting accordingly. Colombia welcomes foreign investment in these sectors, and especially hopes to attract more money to its oil industry, which has the potential to grow quickly.

The most obvious signal that the government wants to attract foreign investment was a change to the legal code in January of this year, which opens up foreigners’ access to the stock market and gives Colombian companies seeking financing a new and much bigger potential market to tap.

The emerald mining industry is ripe for investment, with recent studies indicating that only 7% of potential deposits in the Boyaca region have been mined. Boyaca is the source of some of the highest-quality emeralds mined today, but its mines need investment to seek out deeper and deeper deposits.

Gold is another industry where new financing could greatly boost output. Colombia already has the most proven gold reserves in South America, and many promising areas have barely been explored. Production is mostly small-scale, but new discoveries and better security have allowed rapid increases in output.

Colombia also has great potential as an exporter of hydroelectric energy. Already about 70% of the country’s electricity comes from hydroelectric sources, and Colombia’s many rivers give it the potential to increase production beyond its domestic needs.

Hydroelectric and other forms of renewable energy are clearly the future for the industry, and Colombia boasts abundant conditions to generate electricity from the wind and the sun. Focusing on those sources would also help protect the environment, another one of the government’s goals.

“The great challenge that the country faces is to promote the mining sector with environmental responsibility, and to achieve that balance there must be a midpoint between social development and environmental preservation,” says Cesar E. Díaz, executive director of the Colombian Mining Chamber.