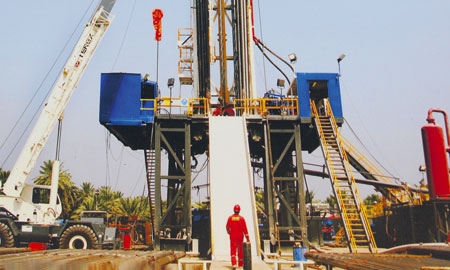 Natural gas is causing quite a stir in the fossil fuel industry right now. It is a reliable, cleaner-burning and relatively cheap fuel for end-users that has caught the attention of global energy investors as news of major new finds hit the headlines. The discovery last year of around 106 million cubic feet of natural gas in Sindh focused attentions on the development potential of Pakistan’s upstream sector.

Pakistan Petroleum Limited (PPL) is doing its part to tap the nation’s reservoirs, contributing to over 20 per cent of domestic natural gas supplies, as well as producing crude oil, natural gas liquid and liquefied petroleum gas. It operates the nation’s largest gas field at Sui, plus five others at Kandhkot, Hala, Chachar, Adhi and Mazarani, and holds a working interest in 15 partner-operated producing fields in the country, which together pump an average of 1 billion cubic feet per day (cfd) of gas.

Regarding the company’s recent forays into natural gas, PPL’s Managing Director and CEO Asim Murtaza Khan says, “E&P infrastructure in the UK is ahead of Pakistan, especially in offshore. We should be collaborating more and more, exchanging technologies; we need offshore technology here and what experience and technology we have here onshore is available for sharing with the UK companies.”

He envisions a stronger influx of expertise and investments flowing in from UK companies, which have a strong background in offshore drilling and the know-how to exploit natural gas resources. “The key advantage of having transnational operations is the possibility of technology transfer and knowledge sharing by working with huge multinationals that are not present in Pakistan,” he says. “In Yemen, for instance, we are partners with Total, a big name in the oil and gas business. There is no way we could access their technical know-how sitting here in Pakistan.”

Premier Oil is one British company that is lending its expertise to the Pakistani upstream oil and gas sector. With interests in six long-life gas projects, Premier Oil’s average production in Pakistan alone in 2013 was 14,900 boepd net. The company has plans to drill five near-field exploration wells in the coming years.

So committed is Premier Oil to Pakistan and so optimistic about the country’s potential, that CEO Mehran Mirza says, “We would actually like to see Pakistan becoming the administrative hub for the Middle East and African region. The business in Pakistan is here to stay.”

Meanwhile, combining British and Chinese upstream expertise, in 2011 United Energy Pakistan (UEP) was formed when China’s United Energy Group (UEG) acquired the assets of BP Pakistan. “BP is a great company; I have worked with them for about 10 years,” comments Tariq Khamisani, President of UEP.

“We learned a lot during the BP days. We still have some of the best standards and processes that we inherited from them. On the technical side, we do things exactly the same way we used to do them with BP. There is absolutely no change. On safety, security, health, we follow the same principles – they are embedded in the organisation; they are in our DNA and they work really well for us.”

PPL has become a leader in the domestic E&P sector by engaging in numerous international partnerships, such as last year’s acquisition of UK-based MND E&P Ltd, as well as applying a fast-track approach to their technology upgrade to meet global standards.