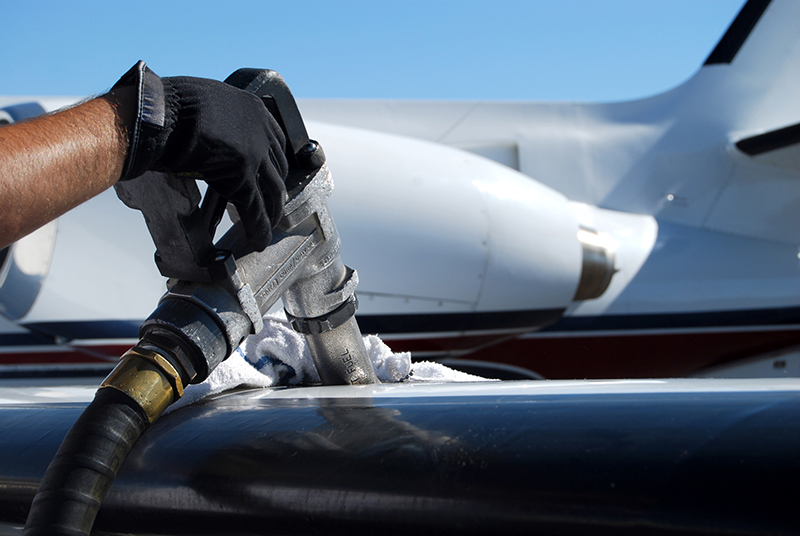 On Sunday December 7, 2014, a little Guyanese girl had the day of her life. Wearing an immaculate white dress, she proudly stood next to Guyana’s President Donald Ramotar and other high-ranking officials gathered at Cheddi Jagan International Airport (CJIA). Armed with a big pair of scissors and without flinching, she cut a large white and red ribbon, prompting President Ramotar to officially declare open the new jet fuel farm set up at the airport by the national company Guyoil (Guyana Oil Company Ltd.)

The event, which made front-page news in the local press, indicates how important this new venture is for Guyana. As President Ramotar emphasized that day, the US$2m investment will benefit the whole economy of Guyana because it will boost traffic at the international airport, which was hampered by high jet fuel prices.

Fuel supplied to airline companies by Guyoil is expected to be sold at US$4 per gallon as opposed to an average price of US$6-US$7 a gallon for jet fuel sold by private companies. “The objective is to add competitiveness and bring fuel prices down like we did for road fuel,” CJIA Chairman Ramesh Dookhoo told the local press, adding that Rubis was up to now the main aviation fuel distributor at the CJIA. “We could not compete as an airport with the prices being offered by private companies,” he added.

The facility is operated by Guyoil, a 100% publicly owned company specialized in petroleum products. With a staff of 350, Guyoil trades refined petroleum products such as gasoline, dieseline, kerosene, heavy fuel oil and now also jet oil. They also distribute lubricants. Guyoil operates both in the wholesale and retail sectors, having three terminals and storage facilities situated on the three main rivers (Essequibo River, Demarara River and Berbice River) and, for retail, eight proprietary gas stations as well as 36 dealers.

“The objective of setting up the jet fuel farm at Cheddi Jagan International Airport is to bring prices down,” explains Managing Director Badrie Persaud. “As a national company that is not solely focused on making profit, we make a very important contribution to the Guyanese economy, given the fact that the country uses about a third of its GDP to import fuel. One of our missions is to play the role of regulator.”

Bringing jet fuel prices down was a key priority for the government in order to attract more airlines and boost tourism. Indeed, fuel constitutes about a third of the operating cost of an airline and in 2013, Delta Airlines suppressed its New York-Georgetown route citing the high cost of fuel in Guyana and the unfair competition from Caribbean Airlines, which was subsidized by Trinidad and Tobago. In October 2013, however, Trinidad and Tobago cut the subsidy. Other airlines also repeatedly complained about high jet fuel cost at CJIA.

The new Guyoil facility is part of a wider plan to increase traffic and tourism. Indeed, the government announced it would invest some US$155 million to expand Georgetown’s international airport. It recently signed a US$138 million contract with the China Harbour Engineering Company (CHEC), funded by a loan from the China Exim Bank, for the construction of a new 16,000m2 terminal and the extension of the existing runway to 10,500ft in order to receive larger carriers. The new equipment is expected to be completed by mid-2016.

“The government is confident that there is huge potential for tourism in Guyana,” says Mr. Persaud. “Modernizing and expanding the airport is key to develop tourism, as will be the development of more and better tourist facilities such as hotels and resorts.”