From the Persian Gulf to Los Angeles, Islamic music, news and comic books are taking their place on the international stage 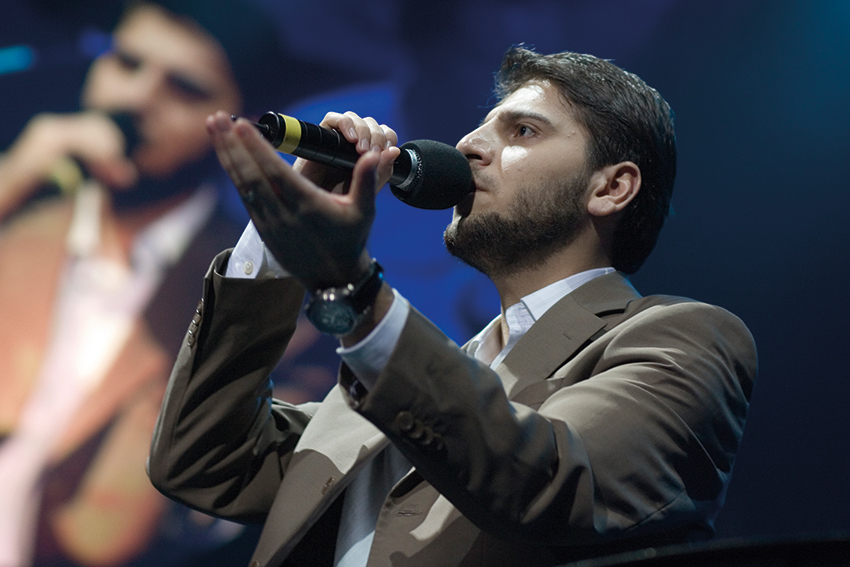 The remarkable growth of the global Islamic media and recreation market in recent years serves as a clear testament to the rise of the middle class and consumerism in Muslim-majority countries, as well as among the diaspora in the West.

According to Thomson Reuters, in 2013 the combined spending of Muslims around the globe on media and recreation grew by 7.4% to reach $185 billion, which represents 5.2% of total global spending in the industry. If considered one country, the Muslim entertainment market would be the fourth-largest in the world, behind the United States, China and Japan, and ahead of Germany and the United Kingdom.

Analysts predict that by 2019, Muslim expenditure on media and recreation will reach $301 billion, making up 6.1% of global expenditure. With a growing number of affluent Muslims demanding TV shows, music, books, films, videogames and mobile apps that reflect and adhere to their cultural and religious values, there are plentiful opportunities for investors in halal media and entertainment, particularly in Western countries with large Muslim populations.

Turkey’s Muslim media and recreation market was worth an estimated $30.3 billion in 2013, by far the largest globally, ahead of Indonesia at $9.4 billion. The Muslim market in the West is also considerable. Total combined spending by Muslims in North America and Western Europe on entertainment reached $38 billion in 2013. If taken as one market, it is considerably larger than Turkey. Hence the reason there are a growing number of media firms catering to Muslims in the West, particularly in the United States, France, Britain, and Germany, whose Muslim populations respectively spent an estimated $9.15 billion, $9.08 billion, $8.72 billion and $8.51 billion on entertainment in 2013.

Turkey’s Muslim media and recreation market was worth an estimated $30.3 billion in 2013, by far the largest globally, ahead of Indonesia at $9.4 billion.

From the world of mobile apps and videogames, to movies, music and television, Muslim culture in mainstream Western media is on the rise. But perhaps the greatest evidence of the expansion of Muslim culture, surpisingly, is in comic books.

Known as the “Batman of France,” Nightrunner is a French-Algerian Sunni recruited by Bruce Wayne himself to fight crime on the streets of Paris. Meanwhile, ‘The 99’, a comic created by Naif Al-Mutawa about a group of Islamic superheroes who possess the 99 attributes of Allah, has grown an enormous fan base that spans the globe.

From comic-book superheroes to pop superstars, a number of Muslim acts have broken into the music scene in recent years. One of the most popular is Native Deen, a hip-hop and R&B trio from Washington, D.C. that has performed around the globe to Muslim and non-Muslim fans alike. Their music deals with the everyday struggles of Muslims in the West, and seeks to inspire young people to keep their faith amid the temptations of the modern world.

Hailed by Time magazine as Islam’s biggest rock star, Sami Yusuf is a British Muslim of Azerbaijani descent whose music is popular from Los Angeles to London and onto the Arabian Peninsula. He has performed at London’s Wembley Arena, L.A.’s Shrine Auditorium and The Velodrome in Cape Town, as well as playing several sold-out shows in Germany, Denmark and the Netherlands.

From the world of mobile apps and videogames, to movies, music and television, Muslim culture in mainstream Western media is on the rise.

Yusuf’s former label, Awakening Records, has been instrumental in bringing Muslim artists to the mainstream. The largest label in the Islamic music industry, Awakening caters to the demand for faith-inspired and value-driven entertainment, including music, comedy and live concerts. Amongst the artists signed to the label are multi-platinum-selling Swedish R&B singer Maher Zain, and Saif Adam, a popular UK-born musician who aims to produce music that appeals to Muslims and non-Muslims alike.

The UK is also home to the largest number of Muslim television channels in the West, which are available on both Sky’s pay-per-view and Freeview digital services. British Muslim TV was launched in 2014 and claims to be “a fresh and exciting TV channel, bursting with a range of educational and entertaining content” that makes “British Muslims feel confidently Muslim and comfortably British”. Available on Sky digital, its programming has been exclusively funded and made in the UK.

In 2007, Qatar-based media group Al Jazeera launched Al Jazeera English, a popular 24-hour news channel available in 130 countries that has become a leader in international news, with  several journalism awards under its belt. One of the main goals of modern Muslim culture in Western media is to challenge negative perceptions of Islam in the West.

Indeed one of the main goals of modern Muslim culture in Western media is to challenge negative perceptions of Islam in the West. In Australia, the Muslim community recently invested $1 million in One Path Network - a non-profit television studio launched in March to counter the mainstream media’s treatment of Islam in Australia. Through its YouTube channel and website, the network offers its own take on major events including the Sydney hostage siege of December, 2014. Aside from inspiring young Muslims, Washington trio Native Deen say their music aims to present Islam in a positive light to Western audiences. Kamala Khan, Nightrunner and The 99 also help to change perceptions of Islam in the West by redefining the image of Muslims, while also challenging the archetypal image of the blue-eyed all-American superhero.

Perhaps the most common misconception of halal media itself, from both a consumer and investor perspective, is that it is generally limited to religious education media only. In the past, this may have been true. Nowadays, however, media companies are investing in a diverse and sophisticated range of entertainment products that align with the values and demands of modern middle-class Muslims. And as this demand continues to grow, so too will the opportunities for investors in the Muslim media and entertainment market.•