A Blueprint for Strategic Privatization

Article - February 25, 2014
Former IBM chief and Federal Secretary of Pakistan's Board of Investment (BOI), Mohammed Zubair has been appointed as Pakistan's new Minister of Privatisation and is determined to find buyers for 68 public companies within the next two years 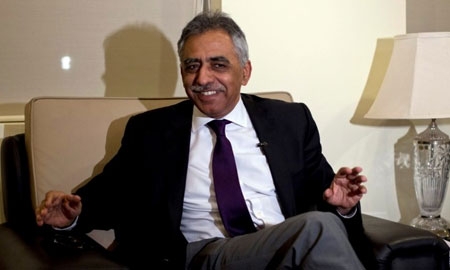 The former IBM chief financial officer for the Middle East and Africa Mohammed Zubair was, until just recently, Federal Secretary of Pakistan’s Board of Investment (BOI) – the country’s investment promotion agency.  However, since the end of 2013 Mr Zubair has been Chairman of the country’s Privatisation Commission (otherwise known as the Ministry of Privatisation).
Privatisation in Pakistan is an important policy tool for generating growth and addressing structural imbalances by removing artificial barriers and opening up the economy to competition.
The country’s privatisation program is part of the economic reforms agenda of the Government that along with deregulation, restructuring and good governance seeks to enhance growth and productivity in the economy by harnessing the private sector’s capital and managerial potential as an engine of growth, gradually decreasing Government’s role, providing a level playing field and a favourable business climate.
“We are going to launch an ambitious privatisation programme on a fast track and with complete transparency,” says Mr Zubair.
The country’s new privatisation Minister is determined to find buyers for 68 public companies, including two gas companies, an oil company, ten banks, the national airline and power distribution companies.
Successful privatisation is Prime Minister Nawaz Sharif’s top political and economic goal, with    Pakistan expected to raise $5 billion in privatisation revenue in the next two years to ease pressure on strained public finance, says Zubair.
“In spite of stiff opposition, we are going to take it (privatisation) forward in the best interest of Pakistan and its people. We want support of all political parties and other stakeholders which is extremely important,” he continues.
Going forward, Mr Zubair has said the government will privatise the institutions and organizations that are not producing results - stating that privatisation is imperative for achieving progress in different sectors.
In terms of the importance of foreign investment in the country, the former Federal Secretary of the BOI declares:  “The starting point of any economic activity for the revival of the economy is investment – there is no way you can revive the economy without investment.”
“We are focusing on creating investment opportunities and opportunities in the energy sector as well as improving governance. We are also improving on the law and order side, and we have the most liberal investment policy, which has to be propagated. Look at the other countries in the region and their investment policies, and look at ours – ours is the most liberal. You can hold 100% equity and remit your profits whenever you want to.”