Article - July 19, 2013
Local content has been a buzz-phrase in the Nigerian oil and gas industry for some time now, but the man who pioneered the idea was Dahiru Mohammed. 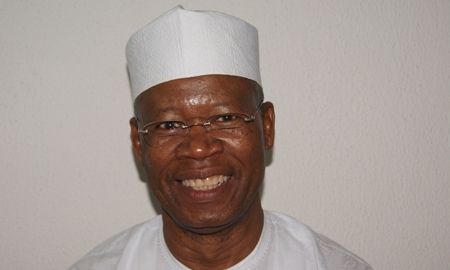 “I started the campaign for local content because I realised that there were so many Nigerian firms in the oil and gas sector, but the oil and gas companies were not patronising them,” he says.
“It grew to such a magnitude that it went beyond my team and the Nigerian National Petroleum Corporation (NNPC). The government took over and it became a law.”
Mr Mohammed is the CEO of Damagix, a company that is a shining example of a Nigerian company serving the needs of multinationals and indigenous companies operating in the oil and gas sector. Damagix supplies pipes for onshore, offshore and deep-water operations.
“We have been part of local content development from the very beginning,” says the CEO.
The main obstacle for local companies initially was credibility. Before the Nigerian Content Act became law in 2010, Dahiru Mohammed led two delegations – coprised of Nigerian businessmen, oil companies and bankers – to the US to “work around” the credibility issue.
“We had to show them we were serious,” he says.
The next obstacle for Nigerian companies was finance and technology, but the Damagix chief assures that there have been a lot of improvements thanks to the work of the Central Bank Governor, Sanusi Lamido Sanusi.
“Access to capital through bank loans was difficult, but now it is different. You could get billions of dollars now,” says Mr Mohammed.
Damagix itself secured a $5 billion loan to expand its operations.
The next natural step to local content development is locating more links of the supply chain to Nigeria, so that more money is retained in the Nigerian economy. Damagix is a service company that procures its pipes from abroad. The next natural step for the company is to manufacture pipes itself in Nigeria.
The company will build its own threading plants and pipe mills in the near future.
“We have been contemplating pipe manufacturing for four years; 70 per cent of the equipment is already here and the land is available,” the CEO explains.
“We are absolutely poised to build this pipe mill and threading facility.”