Article - October 24, 2013
Kuwait needs greater foreign assistance to reach its target of 4 million bpd by 2020 and to exploit its natural gas reserves 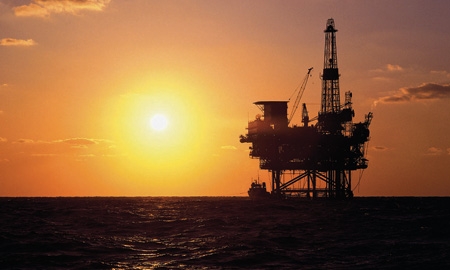 Kuwait faces a major conundrum: to welcome more assistance from international oil companies (IOC) at the risk of losing full sovereignty in the sector, or continue working with minimum foreign partnerships at the risk of missing huge opportunities?
In 1997, the Supreme Petroleum Council formulated ‘Project Kuwait’, a 25-year plan to raise oil production with help of IOC’s. Historical favourites, like Shell, BP and Chevron, remain active in Kuwait and enjoy a healthy and profitable relationship with the Gulf country. Yet entry to new players has been made difficult by red tape, wariness and ever-shifting legislation.
In Kuwait, Shell was the first to produce oil after liberation from Iraq and was the first to supply LNG cargo. Interestingly, Shell is also helping Kuwait develop its nascent natural gas industry through a five-year enhanced technical consultancy service agreement.
Since natural gas was only discovered recently in Kuwait, there is very limited local know-how in the area – unlike the petrochemical industry, which kicked off 50 years ago, ahead of all other Gulf countries.
EQUATE Petrochemical Co is a private joint venture petrochemical complex in Kuwait (owned in equal parts by PIC, Michigan-based Dow Chemical Company, and in smaller shares by Boubyan Petrochemical Co and Al-Qurain Petrochemical Industry Co.), that marvellously represents how an international partnership brings the best of both worlds.
“We get most of the natural resources and gas from Kuwait, we get the technology and the know-how, we get the local content and even the capital investment from our partners, at the same time it is a total reflection of how a partnership can succeed. Our partners’ success was reflected right from the very intention to establish EQUATE,” says Mohammad Husain, President and CEO.
The names of PIC and Dow Chemical recently made negative headlines over a cancelled joint venture nearly five years prior, yet in May the former paid the latter a $2.19 billion cash settlement as compensation (leaving no hard feelings on either side and proving to potential partners their investments are secure in Kuwait). While the news of the cancellation shook up the investment world, causing some investors to think twice about entering Kuwait, foreigners already established there are quick to encourage others to not lose faith.
Ahmad Attalah, Chairman and Managing Director of Shell Kuwait, claims that where Kuwait is today is “just scratching the surface” and that investors should ask themselves if they want to “wait till the train is moving before they hop on or if they want to be part of it from the beginning so that when things get moving, they’re in it and it’s much easier.”