Article - December 18, 2013
With plans to double output of sugar and triple biofuel production, the country's largest sugar producer will be integral for efforts to diversify from oil 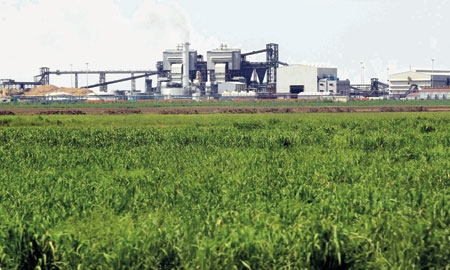 WITH THE HELP OF KENANA, SUDAN AIMS TO BECOME SELF-SUFFICIENT IN SUGAR PRODUCTION
SHARE

The third largest producer of sugar in Africa after Egypt and South Africa, Sudan’s yearly sugar output is currently around 850,000 tonnes. It is a country known for its incredibly sweet tooth (putting three spoonfuls of sugar in tea or orange juice is common costum), hence its consumption of around 1.2 million tonnes of the sweetener a year. This is why the country still needs to import sugar to meet the high domestic demand.
However, that may well not be the case for much longer; Sudan plans to become self-sufficient by 2014 and aims to boost production to two million tonnes in the coming years. By 2020, it hopes to become a major global player competing with the likes of Brazil by producing 10 million tonnes of the sweet stuff.
Central to all of these plans is Kenana Sugar Company. Established by British entrepreneur Roland Rowland in the 1975, it has expanded over the years to produce other food products, animal feed, machinery and biofuels. As the country looks to diversify following the loss of the majority of its oil resources when South Sudan seceded in 2011, agricultural products such as sugar and biofuels will be crucial to the country’s economy.
“Kenana produces renewable sources of food and energy. Energy is coming from agriculture now. We are the biggest sugar producer in Sudan and one of the biggest in the world. By unlocking cane energy potentials, we are also going to compensate for the losses in revenue from oil in a big way. We are producing green fuel, which is even better than oil. Agriculture now is a very important sector for both food and energy,” says Managing Director of Kenana Mohamed El Mardi El Tegani.
“Kenana is a living example of how important agriculture is, as well as the role it can play in modernising the Sudanese economy and at the same time achieving all the objectives that Sudan is striving to achieve.”
By 2015, thanks to major capital injection from its main shareholders (the Sudanese, Kuwaiti and Saudi Arabian governments), the company aims to double its annual sugar production to one million tonnes and more than triple its ethanol output to 200 million litres, 50 per cent of which would be exported, turning the company into a major exporter of biofuels. Also part of its ‘green diversification’ efforts, Kenana plans to produce 200,000 tonnes of biofertiliser within two years.
Apart from the large contribution the company makes to the economy, it has also invested heavily in social and environmental programmes and initiatives. The social dimension has been an integral part of the company since its establishment; it has made an invaluable contribution to the lives of those living in areas where it operates.
“We have provided a win-win model between our investors, the environment and the locals. So many companies talk about corporate social responsibility. But this is an in-built dimension within Kenana. Before we built the sugar factory, we built houses, schools and hospitals for the people living in the project area and around it,” explains Mr El Mardi El Tegani.
So far the company has built 58 schools, which are attended by 11,500 students. The Kenana MD says that a report conducted by the Ministry of Health and the World Health Organisation concluded that parameters such as the mortality rate and infant mortality rate have improved to EU standards in the areas that Kenana operates. “That is because of the services provided by the company. Kenana has been a very effective tool for rural development.”