Article - October 14, 2011
With the gradual diversification of revenue sources under way, economic growth in Cameroon will increasingly rely on exports of agribusiness to generate revenue. 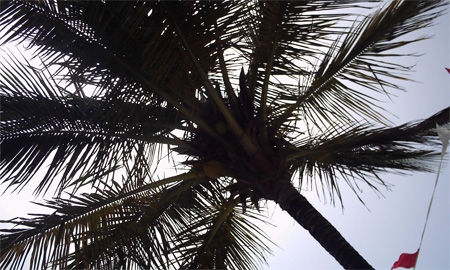 “Cameroon is an extremely rich and diverse country in terms of agricultural products. We have quality fruits and vegetables, both of which can be transformed locally. But we need to add value to these goods and diversify our trade partners in order to conquer new markets,” says Minister of Trade Luc Mbarga Atangana.

Long a commercial diplomat for Cameroon, Mr Atangana is well aware of the quality sought after by international traders. For decades, he travelled worldwide as head of the Office Camerounais de la Banane, an export promotion agency for the banana sector. He was last posted in Paris from 1983 to 2004.

“I travelled all over the world in defence of the humble banana, not only the varieties from Cameroon, but those from other African countries, the Caribbean and the Pacific, even Belize. I was a technical spokesperson for banana producers until I was called back by President Biya to become Minister of Trade,” says Mr Atangana.

In the latest Poverty Reduction Strategy Paper (PRSP 2009), cash crops like cocoa, coffee, bananas and cotton are top priorities. The Ministry of Agriculture and Rural Development will focus on regenerating plantations and expanding the average size of farms in order to increase output. To ensure food security and expand export capacity, money will be invested in livestock, especially poultry farms.

The PRSP also places export diversification among its five pillars. The policy document addresses structural constraints that have tended to crowd out agro-processing projects in the countryside. They include an ageing rural population, poor road infrastructure, problems with water supply and weak regional trade integration.

The goal is to develop industries and services that help improve access to credit. This deepening of the financial sector will eventually lead to lower production costs and the adoption of new standards. The Government has also scaled up spending on infrastructure. In 2010, it grew to 6 per cent of GDP in order to bolster distribution.

For Mr Atangana, however, export promotion needs to go beyond sectors like cocoa, coffee, timber and rubber. The country already has a dynamic agro-industrial sector that has been able to incorporate new varieties of pineapple that are virtually unknown in Europe. “Another product which is emblematic, but not well known, is the Cameroonian pepper. You need to taste it because it’s extremely refined. Then there is the flower segment, which is also expanding rapidly,” he says.

Trade relations with Cameroon’s neighbours in the sub-region will be a first test for the new export-driven growth. The challenges include penetrating markets in the Economic and Monetary Community of Central Africa (CEMAC) and the wider Economic Community of Central African States (ECCAS), with a total of 146 million consumers. Cameroon will also need to tap into the vibrant Nigerian market, with another 150 million consumers.

“We’re pursuing regional economic accords with North African countries like Tunisia and Morocco, as well as Turkey. In each of our economic missions we’re not only talking about the exchange of goods, but also about joint ventures between operators. We would like them to come to Cameroon and invest in sub-sectors, like cocoa, in order to add value locally,” says Mr Atangana.

Bilateral trade with the UK as recently as 2008 amounted to £110.6 million, with Cameroon’s exports at £80.7 million. For British traders, Cameroon can serve as a gateway into the markets of Central Africa.

“The historic ties between Cameroon and Great Britain are very clear in the banana sector. Market access for our bananas in international markets was largely due to commercial relations with the British. It’s therefore normal that this legacy translates into a favourable balance of trade for Cameroon today,” says Mr Atangana.