Article - March 7, 2014
Priority is to end the supply-demand gap within five years as the country seeks investment to build dams and shift to a cheaper energy mix, including coal 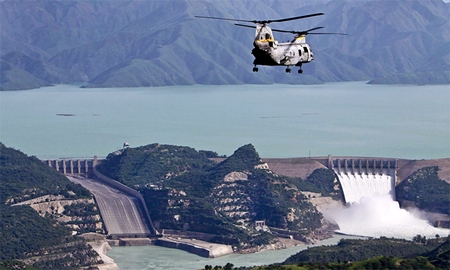 The greatest challenge that Pakistani Prime Minister Nawaz Sharif faces is solving the energy crisis, which was a main focus of his election manifesto, a main concern for voters in the run up to the election last year, and, of course, a main concern for foreign investors. Power outages are hindering the country’s output – and subsequently economic growth – as factories shut down for hours at a time each day.

The Government's boldest effort to tackle power short-cuts aims to seize the countries indigenous resources and diversify the energy mix. ‘’The government is focusing on overcoming the energy crisis on a priority basis,’’ says Minister of Water and Power Khawaja Muhammad Asif.

With ample unexploited resources of coal and huge potential in clean energies such as hydro, solar and wind, the Government aims to attract foreign investment in order to fully exploit its indigenous resources. Minister Asif is confident that foreign investors will invest in Pakistan’s energy sector and has expressed his hope that foreign companies would take full advantage of the best opportunities, particularly in clean energies like hydro, wind and solar power.

The minister says that many countries, including Turkey, Denmark and America, have shown interest to cooperate in the energy sector with Pakistan. One British company to enter the mix is Orion Energy, which last year signed an agreement to establish a joint venture with Pakistan Petroleum Corporation to explore and develop offshore oil and gas potential.

“Many are countries interested to cooperate in the power sector, which offers average 20 percent return on equity. New policies will try to fix inefficiencies by attracting new investments in long-term power projects to generate 20,000 MW,” he explains.

Current power availability in Pakistan is around 17,000MW. With demand at 22,000MW there is an average shortfall of 5,000MW. Annual growth in demand for electricity is 10 percent and by 2030, the power requirement will be over 45,000MW.

While business and domestic users are suffering badly in urban areas with outages lasting between seven to 10 hours a day, in rural areas daily power outages can last from 15 to 22 hours, crippling rural communities chances for development. Tackling the power crisis in the Federally Administered Tribal Areas (FATA) is a top priority for the government.

“We are working on power projects in FATA that will also empower its people financially,” says the minister.

Coal reserves in the Thar Desert are estimated at 50 billion tonnes, making it one of the largest untapped coal reserves in the world. Pakistan aims to have 10 percent of the energy demand being met from coal in five years. The Thar Coal & Energy Project aims to seize the 100,000MW from the Thar Desert, while the Sindh Engro Thar Coal Power Project is aiming to produce 1200MW.

While coal is seen as important element of the future energy mix, the environmentally-conscious will be happy to know that development of clean energy is also a top priority for the government. The $20 billion Diamer Bhasha Dam and Dasu hydropower project will inject 9,000MW into the National Grid. There are also innovative plans for multi-purpose projects aimed at storing water for agriculture, mitigating floods and generating low-cost hydroelectric power.

An official of Water and Power Development Authority (WAPDA) says that there are five other major hydro power projects, with a combined capacity to produce over 5,789 MW power, these projects are due to be completed by 2016.

Pakistan has also been gifted with a massive wind corridor in Balochistan. With potential to produce of 50,000 MW of power, wind farm investments in this area could certainly be an attractive opportunity for investors.