Bringing power to the people 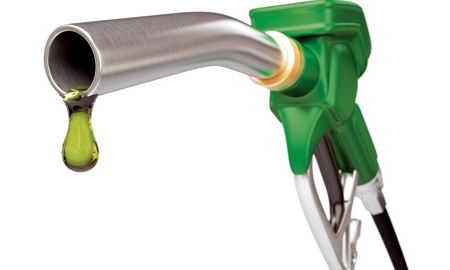 One of the fundamental determinants affecting a country’s socio-economic growth is the availability of a reliable, uninterrupted energy supply. In The Gambia, fuelwood (firewood and charcoal) is the dominant energy resource, particularly in the domestic sector and rural areas, accounting for more than 80 per cent of the total energy consumed, followed by petroleum products, which account for around 17 per cent of the country’s total primary energy needs, and electricity. However, the government is keen to widen access to the national grid, explore potential offshore oil and gas reserves, and encourage greater use of alternative and renewable sources of energy, such as solar and wind power.

As The Gambia is not currently an oil-producing country, it is heavily dependent on oil and gas imports to meet its energy needs, particularly petrol, kerosene, diesel oil (gasoil), liquefied petroleum gas (LPG) and jet fuel. Such dependence makes the country vulnerable to external fluctuations in oil prices and availability; a factor that adds further impetus to the government’s push to unearth a homegrown petroleum supply.

Geologists have estimated a 25 per cent chance of discovering oil off Gambian coastlines and Deputy Minister of Petroleum Teneng Jaiteh says the drilling of the country’s first exploratory well is slated to begin by the end of next year.

“There has been a surge in the upstream market of the petroleum sector over the past three to four years. There have been more than 10 overseas investors interested and looking at our petroleum data,” says Mrs Jaiteh. “We have six offshore oil blocks, two of which are licensed. There is a lot of interest in the other four remaining blocks and also in the onshore blocks.

“A very favourable investment climate; proximity to Europe; peace and stability; an English-speaking, well-trained workforce; and access to the ECOWAS market all make The Gambia an attractive choice for the UK investor.”

Downstream, the Gambia National Petroleum Company (GNPC) is the business arm of the government’s activities in the sector. Mrs Jaiteh says, “We decided to go downstream because upstream is more long term in nature; with downstream there can be immediate returns on investment. GNPC has also realised that most of the oil companies are concentrated in the urban areas; thus we decided to go up country.”

The Gambia is home to the sub-region’s largest oil and gas storage facility. The £31.2-million Gam-Petroleum Storage Facility opened in 2008 and serves as a refuelling stop and bunkering hub for vessels en route to South Africa and South America. “The increase in storage capacity is of immense benefit to us. We know that it has brought more security of supply to the market and also some price stability,” says Mrs Jaiteh.

Ensuring the safe, effective and efficient provision of affordable electricity, water and sewerage services has become a priority for the government. “We have many investment opportunities in this country, especially in the energy sector, which is growing but still requires further expansion,” says Momodou B. Jallow, former managing director of the National Water and Electricity Company, Nawec. “Around 30 per cent of the country has an electricity supply, which means we are just beginning. We need to ensure the entire country has access to electricity by the year 2020.”

Nawec plans to develop one of the best electricity distribution networks in the African sub-region. Its two recently constructed plants are on track to add 22MW of additional capacity by the end of this year, and Nawec aims to acquire another 20MW next year. The company is hitting its targets square on with invaluable help and experience from the private sector.

“In the past, Nawec was the sole provider of electricity; it had a complete monopoly. Now we have private independent power producers (IPPs). As long as it is a win-win situation, IPPs are very welcome to participate, and the government will protect their investment as it helps the country’s development,” says Mr Jallow.