Sowing the seeds of future growth 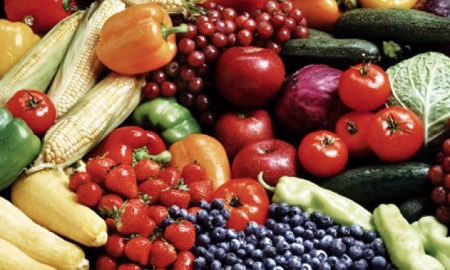 75 per cent of the population of The Gambia are involved in agriculture, mostly in subsistence farming of crops such as rice. The sector provides about 40 per cent of the country’s export earning, largely through its traditional cash crop, groundnuts. As such, its sustainability is vital to the growth of the The Gambia, and the country is working together to fight against climate change and land degradation. Minister of Forestry and Environment Jatto Sillah stresses, “Any investment made in the environment is an investment made in the world. We cannot hope to profit when the land is destroyed.”

Presently, The Gambia has 558,000 hectares of very good quality arable land, though only 200,000 hectares are currently under rain fed agricultural production.

The Gambia’s Ministry of Finance and Economic Affairs is taking a significant step towards creating more employment, and improving the agriculture sector generally, with the launch of two multimillion-dollar projects funded by the World Bank.

The Gambia Growth and Competitiveness Project (GGCP) is intended to promote the government’s growth and job creation agenda, especially in the area of agribusiness and tourism.Meanwhile, the West Africa Agricultural Productivity Programme (WAAPP) is part of a larger commitment by the World Bank to assist countries to enhance long-term food availability, by providing support for increased agricultural productivity.

Reiterating his government’s commitment to private sector-led growth, President Alhaji Yahya Jammeh emphasised the importance of the agriculture sector, indicating that it has been and will continue to be a pillar of the Gambian economy, contributing 26.2% of GDP, while providing employment for the majority of Gambians.

Speaking at the launch ceremony for the projects, the Minister of Finance and Economic Affairs, Mambury Njie, said GGCP’s high-level objective is to contribute towards sustaining the country’s economy, and enhancing poverty reduction through private sector-led growth.

According to Mr Nije: “The key expected outcomes are investment climate reforms to reduce entry barriers and operating costs, enhanced access to finance and private investment flow, improved business performance especially for firms in the tourism and hospitality sectors, and linkages between small producers and domestic and international markets.”

The World Bank’s senior economist for The Gambia, Carlos Cavalcanti, thanked the government and other stakeholders for the strong partnership in the country’s drive for development. He stressed that they at the World Bank always emphasise that the state is their biggest partner, and as such, constitutes the focus of their development intervention, especially in the areas of its financial, social and productive sectors.