Article - March 11, 2013
From art and music through sports and cinema, the Dominican presence in the U.S. and around the world is not to be ignored 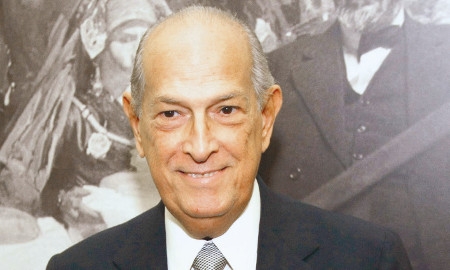 Minister of Culture for the Dominican Republic, José Antonio Rodríguez, says that the country’s rich heritage stems from the endless magic and inspiration of the Dominican people themselves, a mixture of races that has resulted in a certain “Dominicanity – based on the creative capacity to transform even the simplest things into art.”
This makes the D.R.’s greatest asset its people, according to Mr. Rodríguez. “Dominicans are friendly and creative; they build their lifestyles around these values. Consequently, they have become part of our culture. Both traces of local tradition and foreign influence are found in our music and dance,” he says.
It is not surprising that the ministry’s strategic plan for 2010-2015 is based on exploring and developing the country’s human talent. “Our entire investment will be in our people – in discovering and valuing what they are, which is to say, what our culture is,” Minister Rodríguez explains, adding that only by identifying what is uniquely local will the D.R. be able to compete globally.
“Today, many of our cultural expressions are at risk of extinction because they are found only among the elderly, so all of our efforts are directed towards strengthening our identity in all areas,” he says. “We want to increase exposure of our painters in tourist areas; we are working with musicians in order to identify traditional rhythms like the mangulina that have been lost over time. We are doing the same thing with dance. A new repertoire is being created with only Dominican music. All of these things will help us compete better in this globalized world.”
An initiative aimed at more closely aligning tourism and culture is the Cultural Village project under way in all communities near tourism centers. “The idea is to move tourism away from the sun and sand, and mix it up more with people-based tourism because we are convinced that the only thing that will make tourists come back again is culture.”
“Culture is a factor in development. Culture shows that which is invisible but which is very real,” adds María Amalia León of the award-winning Eduardo León Jimenes Cultural Center, one of the most active centers of its type in the Caribbean, which is dedicated to the preservation and strengthening of the values inherent in Dominican art and culture.
Minister Rodríguez believes that culture actually goes beyond this to form a crucial element of society building. “We want to show that culture is an agent of peace,” he says. “We are now working on a neighborhood initiative and in particular with street artists like rappers or reggaeton artists because they are social models. We presented several of them with a book by Juan Antonio Alix, one of D.R.’s most well known poets, so that they would know that 100 years ago, he was doing what they are doing now. A record was released from this, produced by the street artists with their music and Alix’s text.”
The D.R. also boasts a budding movie industry, currently producing up to 10 feature films per year. Its low-cost filming locations have inspired movies such as Havana (Sydney Pollack), The Lost City (Andy Garcia), The Godfather: Part II (Francis Ford Coppola), The Good Shepherd (Robert de Niro), and Miami Vice (Michael Mann).
In 2011, Pinewood Studios announced its intention to build new film and television studios in the country in order to serve the growing Latino film and television market.