Article - November 3, 2011
With extensive investment in equipment and staff, Unitel is not only building up Angola’s infrastructure, but also the skills of its people 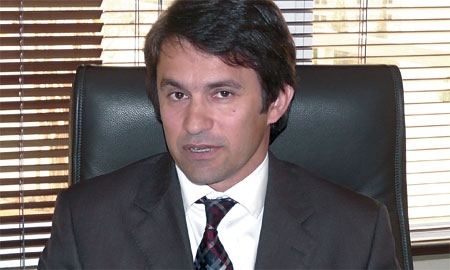 Unitel is Angola’s biggest mobile telecommunications provider, with about six million customers. Since launching its service in 2001 in the capital with GSM technology, the company has spread its network to all 18 of Angola’s provinces and now covers more than 90 per cent of the national territory.

Unitel’s investment in its network, commercial activities and social responsibility has been huge – more than £190 million so far and with plans for at least £625 million over the coming years. The spending has contributed to economic growth and improving the quality of life for Angolans in many ways, while giving the company the network it needs to expand and profit.

“We need to have the right infrastructure and the right investment to help the country grow,” says Miguel Veiga Martins, Unitel’s managing director and CEO. “Our network already covers all the provinces, which is a huge investment. Sometimes where we have invested our operation is not profitable, so in those areas we are just providing communications for the people.”

Unitel’s next challenge is getting customers to use more of the company’s services and to sign more of them up to contracts. Currently more than 95 per cent of customers use pre-paid cards to pay for services. Unitel is investing in more sales and support staff to educate clients, especially businesses, about products available and talking to banks and companies about offering more facilities.

One area with great potential for growth is internet access. Angola’s fixed-line telecommunications network is still being extended to the whole country and mobile connections can provide access anywhere, with or without a telephone line.

“People who don’t have access to the internet will start to have it,” says Mr Veiga Martins. “If you go to an internet cafe, it is always full of people. There is a market for that and I think we can have 5 per cent to 10 per cent of revenue on the data services, from the consumer side; services like music downloads, access to social networks, SMS, all these things that people want to have and use and they don’t use because they don’t have access or the price is not yet adequate.”

Unitel is already preparing for the greater capacity it will need to provide more data services. It has worked closely with Ericsson over the years as it carried out the expansion of its network and in 2008 the two signed a new contract that gave the Swedish company full responsibility for continuing the expansion.

The agreement included a knowledge-transfer package that sets up teams comprised of employees from both companies, which will make sure they interact daily. The goal is to increase the knowledge and experience of Unitel’s employees so they can carry out the maintenance and other tasks necessary to keep Unitel in its first-place position in Angola’s mobile phone market.

Such an agreement was necessary, says Mr Veiga Martins, because Angola still lacks a big-enough skilled labour market and Unitel needed to be sure that Ericsson would pass along enough know-how to the Angolan company’s workforce.

“When we started the network Ericsson had a major role,” he says. “The investment Ericsson made in the past is paying dividends now. They are here as a partner helping us to develop the network.”

Unitel is of course working non-stop in other areas to build up the pool of qualified labour in Angola. The company has relationships with various schools, including Luanda’s Catholic University, where together they organise workshops and roadshows to entice students to study relevant subjects.

Those efforts are seen as an investment for the future, as it will take years for students to complete their courses and then rise up through the company. Unitel is also doing all it can to increase the skills of its current staff, according to Mr Veiga Martins. To help speed the process along, the company is setting up an academy that will train workers who can go on to work at Unitel, or at other companies if they decide.
“We will also give know-how to our people today,” he says. “We will invest a lot in the subject. The point of the academy is to be a reference, like a school of telecoms in the country.”

With the extensive investments the company has already made, in equipment and staff, and with the even bigger spending plans for the future, Mr Veiga Martins wants British companies to know that Angola is ready for them. The infrastructure is there, being improved every day and many opportunities await them.

“Do not hesitate to come, because in terms of telecommunications you have the fundamentals already here and telecommunication in general is something that is developing very quickly,” he says. “There has been a huge investment, not only in know-how. That is why Unitel can start to build a different level of services for customers and for companies.”