Article - October 24, 2011
Public-private alliances are being pushed to power the nation’s ongoing development 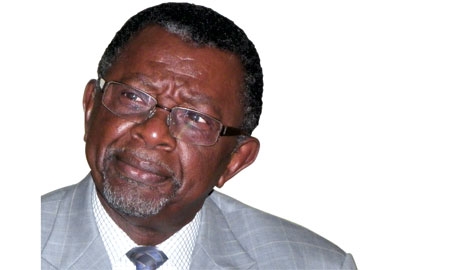 Minister of Energy and Water Resources (MINEE) Michael Ngako Tomdio describes the quantity of water and energy the nation will need to meet the MDGs in 2015 as being “colossal given the current mismatch between supply and demand.”

What role will the energy sector play in Cameroon’s long-term development?

The objective of the Growth and Employment Strategy Paper (GESP) is to work toward sustained double-digit growth. Much of this will depend on developing our diverse energy resources. Cameroon has vast hydropower potential along the Sanaga River Basin, estimated at 20GW. All of our natural resources are considered in the Energy Master Plan, which includes the petroleum sector, downstream refineries and natural gas reserves, which are thought to be 5.5 trillion cubic feet (Tcf).

What infrastructure is needed to deliver water and energy services?

In terms of access to drinking water and electricity, there are significant gaps between urban and rural areas. To correct these shortfalls, the Government has outlined the additional infrastructure we will require by 2020. Basically, it comes down to 3,000MW of new generation stock, one million new homes and about five million new connections to the power grid. These additional requirements constitute the core of opportunities for investors.

How do public-private partnerships (PPPs) fit into this strategy at MINEE?

Bringing in PPPs is one of the ways to implement the GESP, which serves as our development roadmap through 2020. The Government has recognised that the additional infrastructure needs are significant for public resources alone. It therefore sees PPPs as a form of joint action and has vowed to carry out structural reforms and changes to the fiscal framework to enhance their role in infrastructure building. It is also the preferred strategy for water and energy projects.

What progress can you highlight thus far?

More than 100 localities have been connected to the national grid thanks to our rural electrification scheme and AES Sonel’s investment programme. Then there is the launching of construction at Kribi electricity plant, which will be operational in 2012. There are many other projects that deserve highlighting: the RUMPI project to bring electricity to 144 areas, the signing of memorandums of understanding (MoUs) to develop tidal power, talks with Spanish partners to build a solar farm and the construction of a series of hydropower plants such as Lom Pangar, Memve’ele, Mekin and Nachtigal.