Article - October 14, 2011
Cameroon has made advances in developing its energy sector, yet demand continues to steadily rise 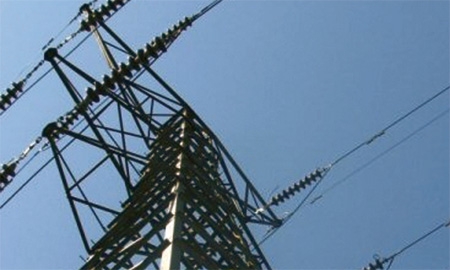 As in other sub-Saharan countries, Cameroon’s productive sectors are thwarted by chronic electricity outages. Although the situation has improved somewhat with the coming online of several diesel and fuel-powered plants, with total installed capacity at 933MW, meeting electricity is no easy task for AES-SONEL, the public utility.

To correct the shortfall, a new generation of power stations has been identified in the Growth and Employment Strategy Paper (GESP). But they have not been put online quickly enough to keep up with demand growth of 6 per cent per year.

“According to the GESP, the level of additional infrastructure needed by 2020 is estimated at 3,000MW of new generation stock. That means a total of five million people connected to the power grid. These additional requirements also constitute the core of opportunities for investors,” says Michael Ngako Tomdio, Minister of Energy and Water Resources.

To finance the cost-heavy investment, the Government has vowed to continue pushing for structural reforms. It has signalled that the costs of additional infrastructure in energy and water can be partially offset through public-private partnerships (PPPs). The role of private capital is also part of a wider Government strategy to meet the Millennium Development Goals (MDGs) by 2015.

As a result of GESP directives, foreign interest in Cameroon’s large-scale energy projects has grown. Events such as the 2011 Cameroon International Energy and Water Investment Conference (CIEW) in Yaounde in January showcased business opportunities not only in power generation, but also in industries like aluminium. With the extension of the Edea aluminium factory, electricity demand is expected to grow by another 500MW in 2015.

“After the 2011 CIEW, we were flooded with expressions of interest from the private sector, both national and foreign, as well as by local banks looking to provide financing for these projects,” says Mr Ngako Tomdio.

Industrial demand will spike again with the construction of facilities at the deepwater seaport of Kribi, including an industrial zone. The building of a 216MW gas-fired plant there is already under way. According to the Ministry of Energy and Water, the plant will be delivered in 2016.

To help absorb the present energy deficit, natural gas will be put to profit. According to Mr Ngako Tomdio, the country has an estimated 5.5 trillion cubic feet (Tcf) of natural gas reserves at the Rio del Rey and Kribi-Sanaga-Campo oil fields. The unexplored reserves could contain another 20 Tcf. Some of the natural gas will be sold to industrial players, but the rest will be transformed into LPG or exported.

Cameroon will also tap hydropower along the 553-mile Sanaga River Basin all the way to the Gulf of Guinea. Hydroelectric potential there is estimated at approximately 20GW. The flow of the Sanaga River will power dams at Nachtigal (330MW), Song Mbenge (950MW), Memve’ele (201MW), Kikot (550MW), Njock (270MW), Song Ndong (300MW), Nyanzom (375MW), Bayomen (470MW), Mouila-Mogue (350MW) and Bagangte (90MW). In turn, these plants will be linked to public infrastructure projects that serve the industrial sector.

Nevertheless, the problem with renewable energy sources like hydropower is that low water levels in the dry season affect performance. Some hydroelectric installations work at one-fifth of their potential when rivers are shallow. To hedge against the low-water level of 2011, the Prime Minister’s office has embarked on an Emergency Thermal Power Programme (ETPP). It plans to put small thermal plants online at Mbalmayo, Bamenda and Ebolowa, with a total installed capacity of 100MW.

As of 2011, only 48 per cent of Cameroonians had access to electricity in rural areas, compared to 74 per cent in cities. For the population at large to benefit from these capital investments, the Government has drafted a national energy action plan for poverty reduction, known as PANERP. The goal here is to prioritise upgrades and rehabilitation at schools and hospitals.

The PANERP includes a rural electrification program valued at CFA 664 billion (£891.7 million). In December 2009, the Government also launched the Rural Energy Fund (REF) to finance small-scale energy services in disadvantaged areas. About 128 villages will be hooked up to the grid, along with 20,000 low-income households in metropolitan areas.

“In 2009, about 300 rural communities were electrified thanks to these programs. In 2010, another 26 villages were connected to the grid along the border with Nigeria. These are just some instances in which the Government has been able to improve the lives of the people,” says Mr Ngako Tomdio.