Kuwait: A leader in diplomacy, health research and humanitarian aid

Kuwait is putting all its efforts into promoting peace and progress in the region, while encouraging entrepreneurialism to produce a greater degree of economic diversification at home. 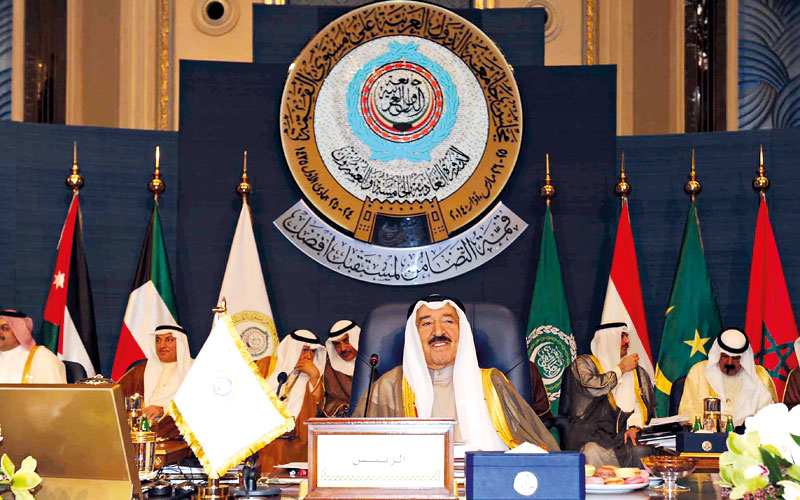 PRIOR TO BEING SWORN IN, THE AMIR, HIS HIGHNESS SHEIKH SABAH AL-AHMAD AL-JABER AL-SABAH SERVED FOR THREE YEARS AS PRIME MINISTER AND FOR 40 YEARS AS FOREIGN MINISTER
SHARE

Change, they say, is something that has to be managed while it is still happening. Courses are charted only to be later corrected at sea but the  important thing is that they get you to where you want to be. The Kuwaiti people have committed to a package of sweeping reforms but are having mixed success at implementing them. Even so, they understand that the process cannot be reversed, only adapted to new circumstances.

With the Kuwaiti economy, it means not just changing the rules of the game (i.e. acute petroleum dependency), but the game itself, through  innovative legislation like the new Small and Medium Enterprise (SME) fund that encourages state employees to venture beyond the public sector  and go into business for themselves.

“We will give you a guaranteed job for three years and then you can try to have your own business. If it does not work, then you can always go back to your original job,” says Dr. Meshaal Jaber Al Ahmad Al Sabah, Director General of the Kuwait Direct Investment Promotion Authority. “We’re counting on SMEs to be the engine of our economy and are quite optimistic we will start seeing the results by next year.”

Potential investors in Kuwait have been understandably wary ever since the 2010-2014 National Development Plan got shelved and a $70 billion joint venture with U.S. Dow Chemicals was cancelled. But the companies law of 2012 reduces delays and paperwork, and rationalizes the approval process for the entry of foreign capital by greenlighting one thing at a time.

That way, says Dr. Meshaal, potential investors know where they stand at any given stage of the process and how best to prepare for the next one. “We want to make it as transparent as possible, because this is important to investors in general – local or foreigners. It is crucial to know the decision-making process,” he says.

So the investment opportunities are still there, only this time they center on economic diversification rather than downstream petroleum operations, and Dr. Meshaal is the first to admit that foreign investment is still essential. “For me, as long as you bring the technology, the innovation, the added value and create job opportunities for Kuwaitis, you will be more than welcome here,” he says.

While the people of Kuwait adjust their expectations to their country’s changing economic fundamentals, beyond its borders and throughout the world Kuwaiti diplomats are taking steps to raise its international profile and play a more consequential role in regional and global affairs.

“The most important thing is that in our diplomatic relations with others, we all stand on an equal footing,” says Faisal Mohammed Al-Hajji Bukhadhour, advisor in the Diwan of His Highness the Prime Minister. “We don’t interfere with others and we don’t want others interfering in our country.”

The foundations were laid for Kuwait’s strategic partnership with the U.S. long before the Iraqi invasion of 1990. Since then, relations have remained on a positive footing and are cemented by extensive trade links – the U.S. is Kuwait’s largest supplier of goods and services.

But Kuwait is concerned about what will happen after the withdrawal of U.S. troops from Afghanistan and would like to see Washington play a stronger role in finding a solution to Syria’s civil war.

The U.S. strongly backs Kuwait’s multilateral diplomatic efforts and in particular its support of greater cooperation among the oil-rich Islamic monarchies of the Gulf Cooperation Council with a view to moving towards some form of closer association – monetary union, perhaps, or confederation or even full-fledged unification.

It would be putting it too mildly to state that Mr. Al-Hajji and other influential Kuwaitis think that this is a good idea. “This is our dream,” he says. “We hope it will be realized soon, but it needs time. I only hope it will not take too long – I don’t want to wait for decades. My children, my people are willing this to happen. We are waiting for the right moment to act but, like they say, we don’t want to leap up onto the stage.”

In the meantime, as an international diplomatic presence, Kuwait has a reputation for its forthright dealing and quiet diplomacy. Some of these relationships have a history behind them, such as its deep-rooted ties with India, grounded in the 600,000 Indian expats who began arriving in Kuwait three generations ago and those now being sought out for their skills as high-tech professionals.

To support a foreign policy that has fairness, justice, sovereignty and constructive cooperation as its cornerstones, Kuwait has undertaken an increasing number of goodwill and humanitarian projects.

“We hosted two important conferences, one to help the Syrian people and the other for the Africans,” says Mr. Al- Hajji, referring to the Second Syria’s Donors’ Conference in January 2014, where His Highness the Amir pledged $500 million, significantly topping the nation’s pledge of $300 million in 2013. Furthermore, last year Kuwait celebrated its 50th anniversary of UN membership, and in the last month of the year was the location of both the African Arab Summit and the GCC Summit.

“We are helping others in any way we can – our neighbors, our brothers, all human beings in general. This is our main policy in the world, not only in the region.”

On a more personal level, Mr. Al-Hajji has been closely involved with an initiative called the Journey of Hope, in which a 277-meter vessel of that name set sail last May with a group of handicapped and special needs children on a voyage that will put in at 39 ports in 19 different countries.