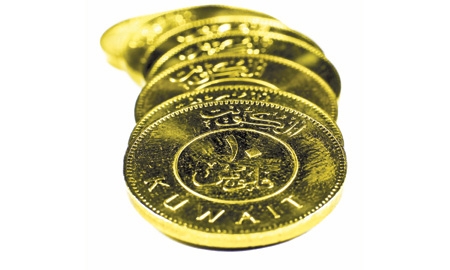 KUWAIT HAS BEEN BLESSED WITH OIL, WHICH HAS BEEN THE DRIVER OF THE ECONOMY SINCE ITS DISCOVERY IN THE 1930S
SHARE

Kuwait has been blessed with oil, which has been the driver of the economy since its discovery in the 1930s. But well aware of the fact that this depleting resource will not be around forever, the Government and other stakeholders are committed to diversifying the economy. To do so, the Government is banking on another rich resource that the country has in abundance: its dynamic and enterprising young people.
“Young people are the country’s real wealth. Human capital is the nurturer of innovation and entrepreneurship and this is what Kuwait aspires to,” says Dr Meshaal Al-Jaber Al-Ahmad Al-Sabah, Chief of the Kuwait Foreign Investment Bureau.
It is hoped that Kuwait’s economy of tomorrow will be driven by small and medium-sized enterprises (SMEs) established by the talented youth of today and that these SMEs will form the backbone of an economy currently dominated by oil.
“Kuwait has always been a leader in the region in terms of ideas and entrepreneurship. We have a very vibrant small private sector, headed up by these clever entrepreneurs, with great education backgrounds,” says Rana Al-Nibari, CEO of INJAZ, a non-profit organisation that focuses its activities on forming strategic partnerships between Kuwait’s business and education sectors and offers educational programmes on entrepreneurial and leadership skills aimed at inspiring and educating future generations.
“Kuwaiti youth are full of potential and with a bit of guidance from the Government, the whole ecosystem driving entrepreneurship could be the best thing that happens in Kuwait,” she adds.
The introduction of the Kuwait National Fund for SMEs in February has been described as a big step forward towards diversifying the economy.  The fund will invest KD2 billion (£4.4 billion) in promising Kuwaiti start-ups and solidifies the Government’s commitment to Kuwait’s young people and to creating a thriving SME sector. “[This] will play an important role in expanding Kuwaiti youth’s contribution to the national economy and help create new cadres and future business leaders to develop the state economy," Director General of the Kuwait Small Project Development Company, Hassan Mohammad Al-Qanaie, told the media in February.
Indeed this significant Government capital allocation is an enormous boost for the country’s young entrepreneurs, but for a thriving SME sector to truly develop, more investment by the private sector, mainly through bank lending, will also be pertinent. Director of the National Fund for SMEs, Abdulaziz B. Al-Loughani, points out that only 2.3 per cent of total corporate loans have been allocated to SMEs, yet of the 27,000-plus licenses granted to new businesses, 50 per cent have been given to small-to-medium-sized firms. “It is not proportionate to be honest. When it comes to lending, I think going forward there will be a lot of emphasis on SMEs.”
In order to form a strong SME sector, Kuwait is looking to Britain for guidance and direct investment. “I always remind people of the number of small businesses in Britain, where the Crown Prince is the godfather of SMEs,” says the Vice Chairman of the Kuwait Chamber of Commerce, Abdulwahab Al-Wazzan.
“We need the Crown Prince or the Prime Minister to be the godfather of small-scale industries, because they generate no less than 80 per cent of Britain’s GDP. These are things that British companies could look at.
“That would help Kuwait a lot, and Britain has a lot of experience in that. They have special agents and offices that help young people look into new small businesses and direct them. We need that here. I think we should look into these things and take the experience from the British in these fields.”