The essence of the Paisa businessman

Article - April 30, 2012
Medellín, the capital city of Antioquia, has over the years seen the rise of some of the best businessmen Colombia has ever seen 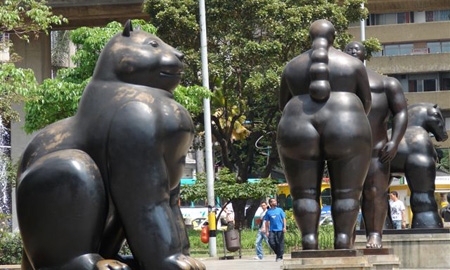 It all started with the first generations of paisas, as they call people born in Antioquia, who found themselves needing to prosper in a very tough geography. Medellín is located between mountains, and at the beginning of the last century its landscape made it almost impossible for its people to trade with other regions. In addition, its land is not the most fertile, and therefore, agriculture wasn’t an option for the so-called paisas.

However, these people always had some intrinsic values that made them look beyond the geographic challenges and based on hard work they managed to create years later one of the most modern cities in Colombia.

“The paisa culture has deep roots and has been a culture that is united with its geographical reality,” says José María Maya Mejía, Rector of CES, one of Medellín’s best universities.

The eldest paisas who are still alive can proudly say that they managed to put Medellín on the map, and are witnessing today how some of the companies that were established there have become leaders in their sectors and are expanding beyond the borders of the country.

Medellín is home to Bancolombia, Nutresa, Suramericana and Argos, companies that operate globally and have diversified their investments into virtually all sectors of the economy. Something that all paisa businessmen say they have is a strong work ethic, and another element of the paisa culture is tenacity. Easily a business meeting in Medellín can be arranged at 6am and you will find people working until late at night. Medellín is the only city in Colombia that has a Metro and it boasts some of the most modern highways.

The weather and the views in Medellín are just breathtaking, and the “City of the Eternal Spring” is also home to some of Colombia’s best-known artists such as Botero or Juanes.