Article - December 3, 2013
Someone visiting Mexico City after a 15-year lapse would be pleasantly surprised by what they'd find today. Its enormous population of over 8.8 million people remains, yet crime is on its way down while safety, livability and quality of life are on the rise 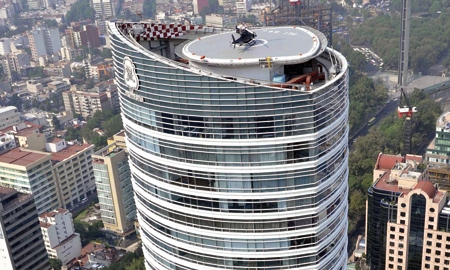 Already a culturally rich place with the third highest number of museums in the world, Mexico City is becoming more livable and enjoyable thanks to several programs the federal district’s government is carrying out.
In his First 100 Days speech given in March this year, Mayor Miguel Ángel Mancera stated that what his administration aims to do is respond more quickly and clearly to the demands of the community.
“We began by building up social capital,” he said during the April report. “Our social policy prioritizes the people’s rights, particularly those having to do with food, health, education, decent and gainful work, equality, culture and the strengthening of social equity.”
On the move
A key enabler of improving social equity and accessibility to services is mobility – and in a city the size of Mexico City, that presents a huge challenge. Mr. Mancera has grabbed this bull by the horns and one of the first things he did was to transform the Department of Transport and Roads into the Department of Mobility, thus reflecting not just transportation but also the citizens’ daily movements and safety. From public transit and roads to bicycle lanes, Mr. Mancera’s government is improving all conditions.
“Today we know where we want to go. We want a comprehensive transport system where users have options, and where even the bicycle is a feasible choice,” says the Mayor, whose vision is to develop a metropolis that is compact, dynamic, polycentric, equitable and open to public participation.
Two wheels are better than four
Mexico City has become a reference in environmental concerns. From a smog-chocked megalopolis of the 1980s, it is now a bike-friendly city where every day more and more people are choosing two wheels over four.
Ecobici is an outstanding initiative that makes 4,000 bicycles available for rent in 275 special lots scattered throughout a central area of 8.5 square miles. A year-long membership costs a mere US$31 and a daily rental runs about 70 cents, which gives cyclists use of a bike for up to 45 minutes.
The program, now in its third year, is one of the world’s most successful and Latin America’s largest. To date, more than 6 million trips have been registered with Ecobici, making it the world’s seventh biggest public bike rental program.
Mr. Manceras states that the challenge now is to make people more aware of the fact that cycling is more than just a recreational activity and that it is a totally viable form of transport. The next step also includes the creation of more bike lanes.
Sharing space
Mexico City has the second-largest metro system in North America, serving more than 1.6 billion passengers. Aside from the network of public buses, since 2005 the city also boasts the Metrobus (Bus Rapid Transit) system, comprising five cross-city lines that run along their own dedicated street lanes.
In the first half of the year, the city government invested some 2.5 million pesos (US$190,000) in transit and pedestrian infrastructure maintenance and innovation.
Recognizing the fact that public transport doesn’t suit everyone’s needs, in April, Mexico City launched a carpool program under the motto: “Carpools, less traffic, lower emissions and better cities”. Each day, there are some 4.7 million vehicles on the roads, inevitably leading to traffic jams all over the city. Mr. Mancera’s administration is encouraging commuters to reduce the use of private cars by ride sharing and has made it easier than ever through a website where employees (and students) in both private and public sector organizations and companies can post notices seeking fellow commuters.
Safely stop and rest for a while
The capital city’s hustle and bustle is being countered by a series of mini-parks that are sprouting up.
Dubbed “Pocket Parks”, more than 150 spaces under 4,400 square feet are being transformed into green areas where children can play and adults – especially the elderly – can sit and relax.
Of course, no urban park would be of any use if there was fear of being mugged; and this is an area where Mexico City is making huge advances. Between 2009 and 2011 (when Mr. Mancera served as Attorney General), violent and petty crime rates dropped by some 12%.
The government is focusing on continuing this downward trend – with a police force characterized by honor and rule of law – and has even created a smartphone app so tourists and residents can immediately contact the police.
The past several years have indeed seen many changes to the city – changes that are making it a better place to live and visit. This year, Mexico City won the 2013 Sustainable Transport Award by the Institute for Transportation and Development Policy in recognition for the improved cycling and walking infrastructure, the Metrobus system and the revitalization of its public spaces.