A true pioneer of the food industry

Pioneering Americana Group was responsible for bringing the first ever international food chain to Kuwait during the 1960s. Now celebrating its 50th anniversary, the company’s strong value for continued innovation has seen it become one of the world’s most successful food franchise operators. 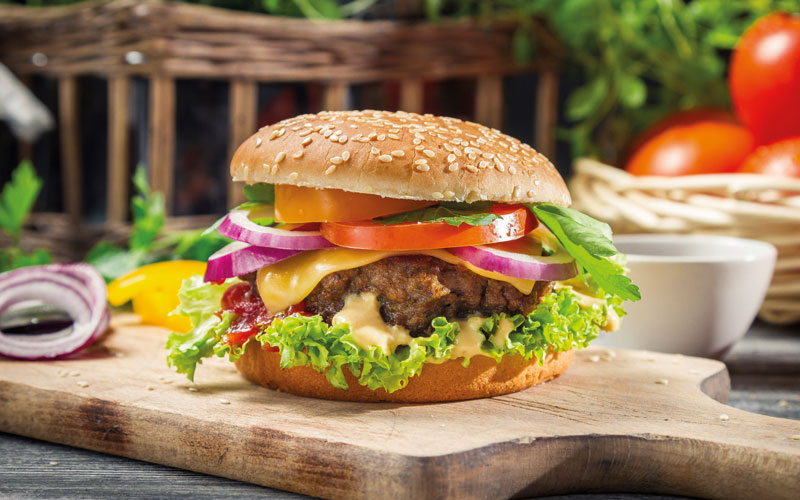 WHEN THE GROUP INTRODUCED THE HAMBURGER TO KUWAIT FOR THE FIRST TIME IN THE 1960S, IT WAS AN OVERNIGHT HIT
SHARE

Hugely successful in the restaurant business, as well as in the manufacturing of consumer foods and food-related products, Americana Group has grown into one of the largest and most successful corporations in the Middle East and North Africa region (MENA).

Established in Kuwait in 1964, the food group has since become a global organization, operating in 13 countries and employing over 63,000 members of staff.  With its network of over 1,480 outlets, Americana is in fact not only the largest operator of restaurant chains in the MENA region, but also one of the most successful franchise operators in the whole world.

“As one of the Middle East’s most successful corporations, Americana Group has consistently demonstrated its ability to expand its market share and achieve excellence in the sector. In the last 10 years alone, the company has gone through a tenfold increase, diversified its brand portfolio and introduced new products and innovations,” says Chairman and Managing Director of the group, Marzouk Nasser Al-Kharafi.

Indeed this concept of innovation is right at the very heart of the success of Americana Group. While you may be familiar with some of the company’s most recent innovations such as the famous KFC ‘Zinger’,  Americana’s history of pioneering food dates back to its humble beginnings in Kuwait. In 1968, Mr. Al-Kharafi’s father – Nasser Al-Kharafi – took the bold step of introducing the first ever international restaurant to Kuwait with a popular British fast-food chain called Wimpy.

“Many people opposed the idea and questioned him about selling a piece of meat between two pieces of bread. Nevertheless, he took the risk and opened the first restaurant. When he opened it, there was a long queue and he had to close the restaurant once a week to carry out the maintenance and clean-up activities. My father was a pioneer; he took the risk and believed it would work.”

Thanks to the forward-thinking of Americana Group’s founder, the business never looked back, with other world renowned chains such as KFC and TGI Fridays soon making their way to Kuwait under the group’s increasing operations.

As the chairman explains, the pioneering spirit of his late father now lives on, and is today ultimately what the group’s great success is down to.

“We encourage our people to be innovative, to speak out and give us ideas because this helps the company in its sustainability. We have been pioneers in a lot of areas. For example, we introduced home delivery service to the region, which proved to be a very successful turning point for the company,” Mr. Al-Kharafi says.

Aside from its revolutionary introduction of restaurants in the Middle East, Americana Group is also recognized as the region’s leading manufacturer of quality food products. With a portfolio spanning nine high quality brands – such as California Garden, Farm Frites and Americana Meat – its food products find their way into millions of MENA households every day.

In addition, through Americana Group’s inherent ingenuity and its understanding of Middle Eastern tastes, it has also created six of its own homegrown brands, which have proven to be as successful with consumers as their global counterparts.

“We push our teams to their limits because we know that creativity is the secret to continuity and success of the business,” says the chairman.

However, creativity is not the only ingredient of Americana Group’s success. As any business small or large would likely tell you anywhere around the world, the core of a company is its people.

“Believing in your people and treating them well are the main contributors to the success of Americana,” continues Mr. Al-Kharafi. “The main asset of Americana is its people. Ensuring they feel a sense of belonging in the company in turn ensures complete loyalty and commitment from them.”