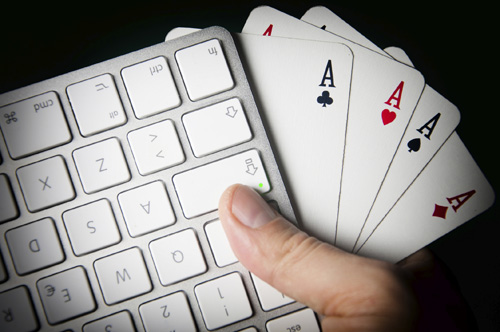 In little more than a decade, remote gaming (generally known as online gambling or iGaming) has witnessed a remarkable rise to become Malta’s largest economic sector behind tourism.

On an island where holiday resorts and plush hotels were once by far the largest contributors to the euro-zone’s smallest economy, the rapid growth of remote gaming has seen 265 gaming companies set up on the island in the last ten years or so, comprising an industry that now directly employs over 8000 people.

The evolution of iGaming in Malta (a sector which typically involves online poker, internet casinos, web-based lotteries and mobile gambling) is in fact part of a wider economic journey that has seen the country’s recent transformation into a modern international banking and ICT hub.

“Twenty years ago Malta launched its first package of financial services regulations,” says Joseph Cuschieri, Executive Chairman of Malta’s Lotteries and Gaming Authority (LGA). “There was an objective to make Malta a serious financial services centre, and Malta has done pretty well in making it one the major contributors to the economy.”

“Pretty well” is an understatement.  In a relatively short period of time, the Maltese banking sector has gone from having four retail banks that served the local population, to being the second largest in the EU relative to gross domestic product.

Yet how has financial sector success also come to result in Malta’s establishment as the Mecca of the European iGaming industry?

Cuschieri explains: “Remote gaming was a by-product of financial services for the simple reason that, given the fiscal incentives that were offered, gaming companies set up here to benefit.”

When the allure of these incentives began to entice a greater number of investors to the industry, in 2004, Malta made the significant decision to become the first EU nation to launch remote gaming regulations, including the introduction of a new legal framework and the subsequent launch of the LGA.

Ulrik Bengtsson, CEO of largest the iGaming company in Malta – Betsson – believes that the move to regulate the sector was an even greater pull for foreign firms than the financial draws.

On top of such advantages, the growth of the iGaming sector is additionally attributed to other attractive features of the Mediterranean island. “Education, skills availability, an English speaking population, political stability and EU membership have all been critical to Malta’s success in this sphere,” suggests the LGA chairman. That’s not even to mention the country’s gorgeous climate and high quality of life.

However, it is perhaps the strong development of Malta’s ICT infrastructure and high-tech sector (alongside its position as a banking centre) that has really created an enabling atmosphere for a pioneering iGaming industry.

Almost two thirds of the working population are now employed by the island’s fast expanding number of tech firms, contributing to Malta’s large proportion of high-tech exports (standing at 47% of total exports); the highest rate in the world next to Singapore.  And thanks to a unique combination of low costs and available skills, aside from some of the globe’s leading iGaming companies, the country has also become a prime location for IT giants like HP, IBM, Microsoft, and Cisco. What’s more, when Malta’s first technology park – Smart City – is fully completed in 2021, it will be home to over 200 international IT and media companies.

With such a huge influx of cutting-edge technology and industry experts crammed into a relatively small small space (Malta is roughly half the size of urban Manchester), it is no surprise that the country is fast becoming a breeding ground for innovation.

“You have this very vibrant and dynamic community of companies here,” says Robin Reed, Managing Director of Guts.com. “After the first few months I understood that Malta is like the San Francisco of iGaming. In a 5km stretch you have the whole industry working. The transfer of knowledge which is fuelling innovation is very much present.”

As a result of the huge amount of top tech professionals now present in Malta, many believe the high availability of skills is something which can serve to perpetuate the success of sector in the future.   Indeed some are even beginning to call the island, ‘The Silicon Valley of Europe’.

“What I mean with the ‘Silicon Valley’ is that if you can understand the skills-set that is unique for the industry, you can make sure that the people that have these skills stay in Malta. Then you have a very sustainable position,” remarks CEO of Swedish owned Betsson, Ulrik Bengtsson.

“My point with that is instead of focusing on taxes and regulations; we need to focus on the people who are building this business. That should be the reason to relocate to Malta.”

While the LGA is aware of the need for achieving sustainability through a greater focus on facilitating innovation, the organization – one of the few in the EU that offer a pan-European gaming license – underlines that its priority must be to continue driving responsible regulation so that the young industry can expand, not only in Malta, but in a dynamic and more competitive market all over the world.

The broader issue of iGaming regulation, however, is somewhat complicated.  This is especially so within Europe where there is no standard regulation between countries.  This came to the fore recently following the UK government’s controversial decision to pass new online gambling laws in November 2014.  The bill means that overseas gaming firms who wish to transact with the UK market will be heavily taxed on their profits.  Although the decision comes as no real shock – considering iGaming’s rise in popularity is expected to bring in around £300 million of extra tax revenue per year – many in the industry have criticised the bill for restricting competition.

“We have many challenges within the European Union,” explains LGA chairman Mr. Cuschieri. “Although Malta is a European Member State, a gaming operator duly licensed and regulated in Malta is not permitted to operate and offer services cross border in countries like UK, France, Italy and Belgium, who require an additional gaming license.

“So my view is that we should explore non-European territories, fostering further collaboration with other regulators who share our ideology, and allowing gaming operators in other markets by facilitating market entry. This will allow them to invest and improve their customer experiences in responsible ways.”

For companies like Guts.com – which was set up in Malta last year by Norwegian investors – this is why the diminutive Mediterranean island will continue to attract iGaming companies who are looking to expand their brand.  “The regulatory framework in Malta is one of the most attractive in Europe right now,” says Managing Director Robin Reed. “It is about understanding the practical mechanics that are needed to cater for this industry, and the Maltese are much further in this context than other European governments. That is why we are here.”