MONGOLIA: The return of the empire as Asia’s new nexus 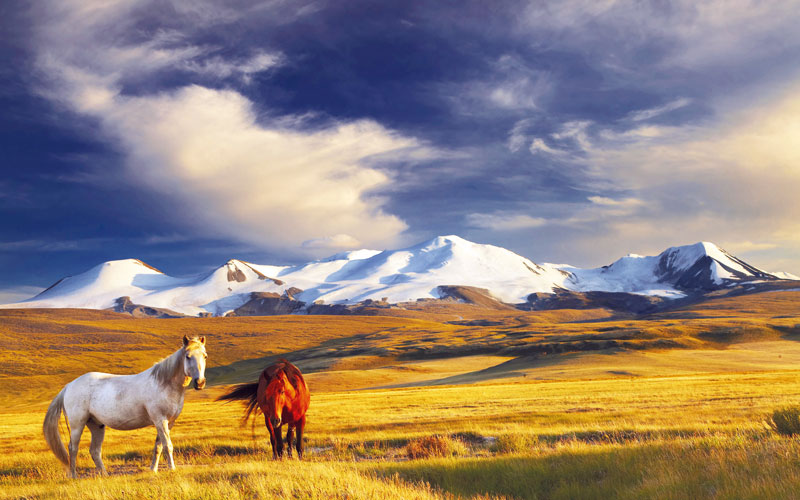 There are some places on earth that only a few of us have ever visited or even seen in pictures but whose mere names have captivated generations of would-be adventurers. Mongolia is one of them.

This huge country sprawling between Russia and China on the arid plains of central-eastern Asia is a very old nation, but also a very young one.

The oldest empire that ruled this land and its tribes of nomadic herdsmen dates back to the second century before Christ, but its mightiest and most revered emperor is Genghis Khan (1162-1227), as evidenced by the truly awesome, 131-foot high equestrian statue of Khan erected in 2008 on the steppes outside of the capital.

However, Mongolia as we know it today was born only in 1990 in the wake of the fall of the Soviet Union, and half of its scarce population of 2.9 million is of the same age: just under 25. For a 20-something, landlocked nation squeezed between two of the planet’s most formidable modern empires, Mongolia has achieved a lot: a multi-party democracy and unprecedented prosperity.

“Our achievements have been noticed and people are interested: Mongolia is seen as a future economic power and a very important connection point in northeast Asia’s economic prosperity,” says Minister of Foreign Affairs, Luvsanvandan Bold.

Mongolia’s large mineral and precious metal deposits have attracted foreign investors and enabled it to transform itself from a state-controlled, socialist economy into a booming free market, thanks in large part to mining, which represents about a third of its GDP and 90% of its exports. According to the World Bank, this growth has translated into benefits for the people and poverty has receded over the past 10 years, although it was still at 27.4% in 2012.

Substantial progress has also been made in regard to several Millennium Development Goals at the national level.

Nowhere is this more visible than in the capital, Ulaanbaatar, where most of the population lives. Long a dusty trading post for nomad merchants, it is now a vibrant (albeit still dusty) city that embodies how Mongolia sees itself: a fascinating fusion between ancient traditions and the modern, Western way of life. Where else would you find an Irish pub called The Grand Khan, where scores of expats flock in the evening for a beer, except between the 1st and 15th of every month when alcohol is not sold?

But managing the opening of the economy while maintaining sovereignty over its resources has proved to be a delicate exercise for Mongolia. It has suffered from a decline in China’s demand in mineral products and several shocks in global commodity prices.

There was also a dispute between Mongolian authorities and mining company Rio Tinto over a tax bill related to the Oyu Tolgoi copper mine. The $6.5 billion Oyu Tolgoi project will produce more than 300,000 tons of copper concentrate a year once construction is fully completed. It is expected to boost Mongolia’s economy by a third by 2020.

Furthermore, an investment law passed in 2012 to restrict foreign investors (read China) from acquiring a majority stake in companies operating in certain strategic sectors such as mining and telecommunications, backfired. As overseas companies delayed new projects, foreign direct investment shrank by half in 2013 and by 70% over the first six months of 2014.

In a bid to woo back foreign investors, authorities swiftly enacted a new investment law, in November 2013, eliminating previous restrictions, and in July this year, Parliament approved changes to the 2006 Minerals Law. Amendments include widening the proportion of Mongolia’s area open to mining and exploration from 8% to 20%, removing a 2010 ban on new licenses, and extending the period of exploration from nine to 12 years.

Moreover, it was announced in September this year that the dispute over the all-important Oyu Tolgoi mine had been solved.

With a flurry of projects currently underway in infrastructure development, telecoms, construction, tourism, without mentioning mining, Mongolia is eager to show the world it’s ready for business. One important partner is the United States, which Mongolia calls its “Third Neighbor” – the first and second ones being China and Russia –, with whom it has signed several agreements: an Overseas Private Investment Corporation agreement, a trade agreement, a bilateral investment treaty, and a trade and investment framework agreement. Mongolia is a strategic ally for Washington in a region where it has had very little influence historically, and it is to be noted that the Asian giant sent troops to Iraq between 2003 and 2008 as well as to Afghanistan.

“This is an open and transparent country where Americans are welcome,” says President Tsakhiagiin Elbegdorj. “The people of Mongolia are constantly demanding changes for the better. Doing business in Mongolia is also changing; there will be more changes in the mining sector and a clearer, more transparent framework for companies who choose to invest here. Some people say that information is everything, knowledge becomes the global demand, not only knowledge, but also transparent and accountable information, and this is what we are striving for.”