Article - September 15, 2014
The Mexican Petroleum Fund for Stabilization and Development is an integral part of the country’s program for stable and sustained economic and social growth and development 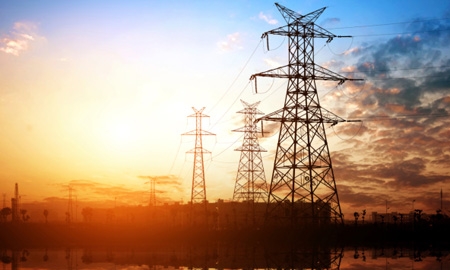 Mexico’s oil and gas resources are crucial to both present-day economic stability and to the wellbeing and prosperity of future generations. With this in mind, the Energy Reform created the Mexican Petroleum Fund for Stabilization and Development, a sovereign wealth fund which will invest the revenues from oil and gas in projects that will guarantee the country’s economic growth well into the future, long after finite oil and gas reserves are used up.

Like its Scandinavian counterpart, Mexico’s new sovereign wealth fund is designed to be effective in saving and building on oil wealth, through responsible investments and transparency, in order to create a sustainable future.

“This Fund (…) will aim to ensure that present and future generations of Mexicans, who are the owners of the oil revenue, receive the income for the good of the country,” said Luis Videgaray, Mexico’s Finance Minister.

According to the Ministry of Energy, the Fund will receive and manage the public revenues derived from entitlements and contracts, other than taxes. The Fund will be a trust within Mexico’s Central Bank, contributing to its accountability and transparency. The Trust itself will have a Technical Committee with three members from the State and four independent members.

In line with the Energy Reform’s focus on transparency, the Fund’s accounting will be published in the quarterly reports of Public Finances and Public Debt, available online. Revenues of up to 4.7% of Mexico’s GDP will be paid out of the Fund to the Treasury for use in the national budget.

Any excess of revenues derived from the hydrocarbons industry will be retained as long-term savings within the Fund. When they exceed 3% of GDP, these revenues will be divided into two streams. At least 40% will be added to the long-term savings capital within the Fund. The other 60% will be divided as follows: up to 10% each for the universal pension system and for science and technology and renewable energy projects; up to 30% to oil and gas project investment vehicles and infrastructure development; and up to 10% will go towards scholarships, connectivity enhancement projects, and regional industrial development.

The Fund is thus constituted with safeguards to encourage national budgetary discipline and to ensure that the present use of national resources has a long-term social impact. Additionally, it contains a mechanism that will contribute, through investment in research and development programs, to the generation of increased national wealth.

For its part, the Electrical Industry Law proposes the creation of a similar institution, the Universal Electricity Service Fund. According to the Ministry of Energy, it will be financed by the surplus from the energy losses management in the electricity market and will ensure the availability of resources to fund electrification projects. This Fund will mostly benefit the rural communities and marginal urban areas, although it will also provide financing for the supply of energy-efficient lighting.

Finance Minister Mr. Videgaray highlighted how critical the creation of these two funds is to Mexico, stating that “there has never been an instrument of this magnitude to enable national public finances to safeguard macroeconomic stability and the wellbeing of future generations.”

Through the Mexican Petroleum Fund for Stabilization and Development, the Energy Reform has created a mechanism that will transform oil and gas revenues into true national assets that will guarantee sustainable economic growth and social development.