Article - March 11, 2013
No question that the Dominican Republic has done very well out of steadily increasing foreign demand for its rum and quality hand-rolled cigars. Recent developments, however, may have added a note of uncertainty to prospects for these mainstays of the country’s export sector 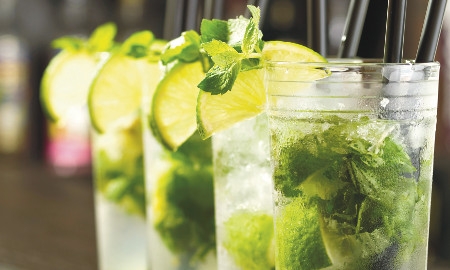 THE UNITED STATES IS THE DOMINICAN REPUBLIC’S THIRD LARGEST MARKET FOR RUM EXPORTS, AFTER SPAIN AND CHILE
SHARE

In 1991, Davidoff, the world’s leading cigar manufacturer, decided to pull out of Cuba and transfer its operations to the D.R., dealing a blow to the myth that a Havana pedigree is essential for a world-class cigar. Some connoisseurs have gone even further, arguing that with their output demands and abysmal pay for skilled artisans, Cuban authorities have taken their products down a notch from the excellence they once epitomized.
But a short time later, the great Cigar Boom swept over the United States like a leveling tsunami and disrupted the flat but stable market environment. A spike in consumer craving for high-end lifestyle accessories morphed into a sustained surge that boosted premium cigar imports to the United States by 10% in 1993, 12% a year later, another 33% in 1995, peaking with an irrational 66% rise at the end of 1996. Then it was over, as abruptly and inexplicably as it had started.
Why wasn’t this a good thing? The tobacco plant needs a two-year cycle to mature. Get rich quick operators descended on Dominican fields and picked them clean of anything that could be passed off as properly aged cigar leaf. Artisans were hired away from long-time employers. Retail prices soared, long-time customers were turned away. But despite the damage it inflicted, U.S. demand for quality cigars had tripled by 2011 over 1992 levels, despite steep tax hikes and restrictions on public smoking.
As for rum, the U.S. is Santo Domingo’s third-ranked customer after Spain and Chile, but contributed just $8.7 million of the drink’s $120 million export earnings in 2011. For Luis Castaños, Chairman of ADOPRON, the rum producers association, the outlook remains positive, though “with globalization and the WTO producers realized they have to earn their share of a more open, more competitive market.”
But one major issue has yet to be resolved. The U.S. has granted what Dominican and other Caribbean rum producers see as unjustifiable subsidies to distillers in the U.S. Virgin Islands and Puerto Rico in the form of excise tax rebates. Opponents claim these are being used to offset billions of dollars’ worth of incentives such as the one the Virgin Islands has offered to the huge beverage and spirits conglomerate, Diageo.
Where does this leave the D.R.? Less exposed than countries like Barbados, Trinidad and Tobago, or Guyana, all of which have economies sharply skewed to their rum exports. Although rum accounts for only 2% of Dominican export revenue, its government has aligned solidly with the 15 CARICOM member nations that are crying foul and threatening to take their case to the WTO in Geneva.
Will lengthy litigation be necessary to resolve the dispute diplomacy could not settle? Only time will tell.