Article - April 30, 2014
Pakistani conglomerate Fauji Foundation’s unique roots have seen it expand both its business operations and its contribution to social welfare 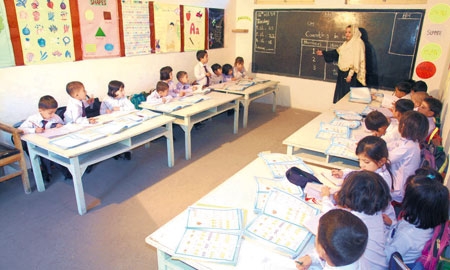 One of Pakistan’s largest commercial and industrial conglomerates is also, and by no coincidence, one of its biggest social benefactors. Originally created as a trust fund for soldiers who fought for the British during the Second World War, today Fauji Foundation primarily provides a host of welfare services for ex-servicemen and their dependents. These welfare services include free healthcare, free education, vocational and technical training to aid trained personnel to start their own businesses, and educational stipends for deserving students.

Fauji Foundation’s business trajectory began in the early 1950s when it used a portion of the fund to develop a new textile mill. After turning its first profit, the foundation built a 50-bed hospital in Rawalpindi. This successful model then essentially became standard practice as Fauji continued to grow both its business and welfare operations across the country.

Over 80 million people have been treated by Fauji Foundation’s health care operations to date whilst dozens of thousands of students currently make use of the educational facilities provided by the organisation. These services are fully funded by profits from the conglomerate’s array of companies, many of which have developed into industry-leading players in the Pakistani economy.

“We are the largest producers of fertilisers in Pakistan and the second largest producers of cement,” explains Lt Gen Muhammad Mustafa Khan (Retired), Managing Director of Fauji Foundation. “We also have an oil terminal, a grain terminal, a commercial bank, power producing companies and we’re engaged in oil and gas drilling and exploration besides investments in many other diversified businesses.”

Under the motto ‘Earn to Serve’, the Fauji Foundation beneficiary population is around 9 million, the majority of which are retired servicemen and their dependents. This is almost 5 per cent of Pakistan’s total population. And with some 15,000 on the conglomerate’s payroll, it is a huge employer and one of the largest taxpayers in the country.

“On the welfare side, we have the largest health care and education systems outside the government. We pay teachers and doctors according to the market to retain quality. Our network of health ranges from a very large state-of-the-art hospital with 750 beds to mobile services that cover the rural areas – it covers over 600 locations,” says Lt Gen Khan.

“We also have a premier system of education comprising a reputable university having a medical college and a college of management sciences. In addition, we have model colleges and a large number of schools in the rural areas of Pakistan. Due to high quality of our education system, these school and colleges produce the best results in terms of grade point averages.”

Unsurprisingly, this vast level of welfare services requires considerable investment and Lt Gen Khan admits that companies within the conglomerate are happy to consider foreign investment.

“We have foreign partners presently in our various projects who’ve been with us for a long time. New foreign investors prefer Fauji Foundation and there are various new companies exploring partnerships with us in the energy sector, coal gasification, etc.,” he adds.

Lt Gen Khan says that Fauji Foundation is currently considering further investment opportunities in new sectors as well as adding to its interests in the energy industries, all of which are designed to enable the organisation to continue providing for its health and educational projects in its ‘Earn to Serve’ model.

“We are very proud of these services, but for this welfare we have to earn a lot of money,” adds the Managing Director. The hope, of course, is that the earning potential will benefit not just Fauji Foundation and investors, but also the beneficiaries and other stakeholders.