The G20 nations have enjoyed the benefits arising from oil price volatility, but it’s clear that international partnerships remain a vital aspect of every nation’s energy policy 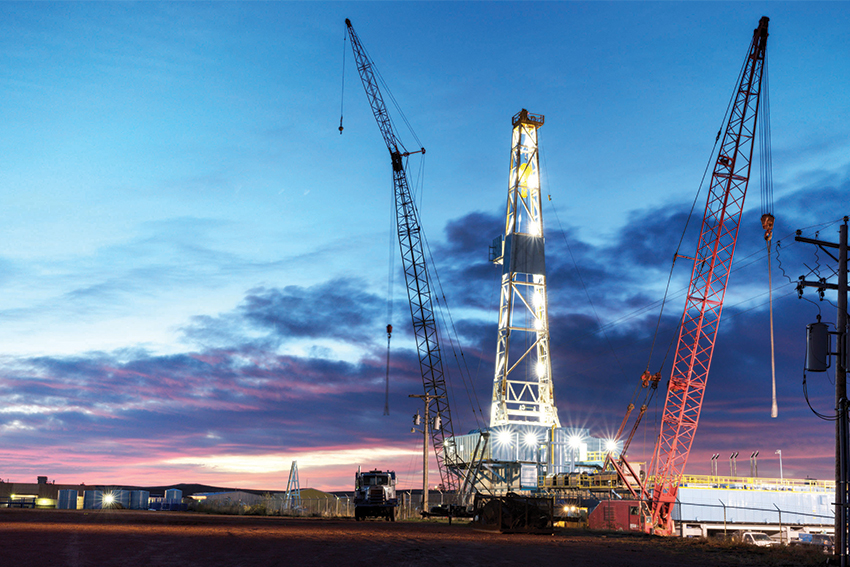 The collapse of oil prices that began 18 months ago has prompted a considerable shift in the fortunes of many G20 nations and the way they are approaching their energy needs.

Importers such as India and Pakistan have enjoyed an almost unprecedented boon as prices plunged, with their economies enjoying growth surges and increased investment across many sectors. Yet while the future of oil prices remains uncertain, those same countries are acutely aware that the short-term profits from low-cost energy should be turned into tangible benefits over the long term.

For Pakistan, the oil price drop has come in tandem with Iran’s historic nuclear deal with the US, which looks likely to help develop the Asian nation’s relationship with Tehran. In turn, that is set to ensure further infrastructure investment to provide a cheaper and more sustainable supply of energy.

“Taking into account that the cheapest way of transporting gas is through pipelines and that we have a neighbour and a near neighbour (Iran and Turkmenistan, respectively) who have the largest gas reserves of the world, this represents a great advantage to Pakistan,” says Shahid Khaqan Abbasi, Pakistan’s Minister for Petroleum and Natural Resources.

His country has already forged a commitment to build a pipeline with Iran to deliver gas quickly and efficiently across the border, while two further projects are being developed that will allow gas to flow from Turkmenistan into India as well.

“In addition, the petroleum impulse of Iran and its possible lower price can be a big benefit for Pakistan because of the low transportation cost,” Mr. Abbasi adds. “Moreover, by being a neighbour we become a more preferable market. So, instead of shipping long distances, Iran would ship short distances when it comes to Pakistan.

“We currently import oil mainly from Singapore, Oman and Dubai. We import about six million tons of petrol a year, so the relationship with Iran could be very beneficial. I think that trading with neighbours is the easiest way of trading; consequently we’re very positive about this situation and we’re certain that it will open a lot of investment opportunities.”

Indeed, forging closer links with other international players has become a vital play for many G20 nations looking to secure energy supplies and such partnerships are coming from perhaps surprising places.

Israel has traditionally held ties with the U.S. and European countries, leading to it becoming an “island” in the region’s energy map, says Yuval Steinitz, Minister of National Infrastructure, Energy and Water. He admits that Israel has not forged the links it wants to with its near neighbours but there are signs that traditionally frosty relationships are now thawing.

“We discovered very large gas fields in the Mediterranean five or six years ago - Tamar and Leviathan,” he explains. “Tamar was developed and is already supplying plenty of domestic gas for domestic use. The other, Leviathan, is still waiting to be developed, which is my first priority at the moment. It had been stuck because of regulatory problems, and we are now working very hard to pave the way, not just for development of the gas field, but for new discoveries.”

Mr. Steinitz is clear that making the most of these gas reserves has become a priority for Israel. He adds that forging economic partnerships with other Middle East nations will not just help his country and its neighbours to secure energy for the future, but will likely benefit the region as a whole.

“We have already had initial discussions with neighbouring countries, mainly Egypt and Jordan, about exports of Israeli gas. If this takes place, it will be very good, not just from an economic point of view but also in order to create some real economic linkage in the Egypt-Israel-Jordan axis of peace. In order to enable this, we have to develop additional gas fields in the Mediterranean first.”

There’s a similar message from Besim Şişman, CEO at Turkish Petroleum, who says political stability has become a key factor for his company’s fortunes and those of the region.

“We can build, not only an energy bridge, but also a cultural bridge,” he explains. “In this respect, we see the explorations in the Eastern Mediterranean as a contribution to peace for humanity, and so we hope that with those kinds of big projects we could overcome the disputes with Israel.”

Mr. Şişman admits that while Turkey is not one of the G20’s major gas and oil producers, it has the potential to act as a vital gateway between East and West. His company has also been looking at offshore opportunities, investing around $400 million in drilling operations in the Black Sea and another $100 million in the Mediterranean.

“We evaluated all the data and we have very good prospects here,” he explains, adding that the firm has linked up with multinational giants such as Chevron, Petrobras and BP on projects. Turkish Petroleum is also working with Shell to explore shale gas potential in the southeast of the country. “We took good samples there, and now we are evaluating the project. And we are in another project with Halliburton in Thrace, which is a very good location because we have very good infrastructure there.” 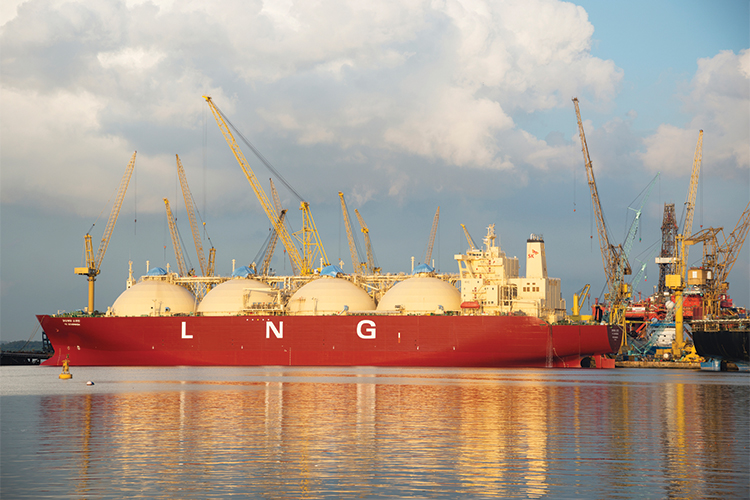 Forging closer links with other international players has become a vital play for many G20 nations looking to secure energy supplies. 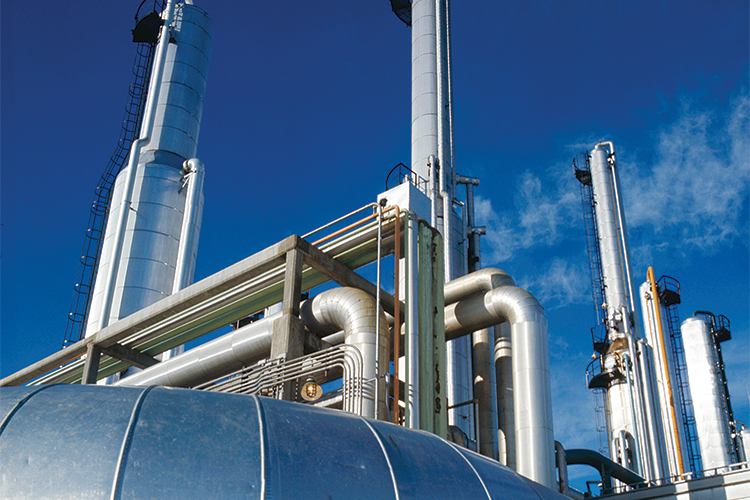 While oil and gas price volatility has caused considerable challenges, it is clear that importing nations across the G20 have taken the opportunity to capitalise on it.

Such projects underline the importance for G20 nations of attracting foreign partners to help explore energy potential and almost all are keen to secure further investments into their O&G sectors. Pakistan has been improving its relationship with the United States in this regard and Mr. Abbasi is clear that investors on its numerous pipeline projects are welcome, and needed.

As Mr. Abbasi underscores, such investments have begun in earnest and Pakistan is already working with firms from the US to develop its LNG (Liquefied Natural Gas) facilities. The result is that the country now operates the biggest LNG plant in the world, providing an interim measure for energy supplies until its pipeline construction projects are completed.

For other nations, including Turkey, further exploration will depend on an oil price recovery. Turkish Petroleum has focused its efforts on the Caspian Sea and Middle East, but it also wants to undertake projects in Sub-Saharan Africa and has focused on the likes of Tanzania and Angola as good opportunities, although exploration costs remain largely prohibitive. Other exploration avenues exist, including Latin America. Mr. Şişman says market liberalisation in that region is providing great potential.

Israel, too, is revamping its energy policies, having switched from producing its electricity with oil to natural gas. Indeed, Mr. Steinitz says 60% of his country’s electricity requirements now come from Mediterranean natural gas, with prices around 50% lower than they would be otherwise. The Leviathan gas field offers global potential and Israel is now in the process of expanding its international supply infrastructure.

“We have discovered so much gas, we will have to export around half of it. The natural export destination is currently Egypt, because it is consuming 50bcm (billion cubic metres) a year. In five years, it will probably be closer to 100bcm. There will still be plenty of room for Israeli gas to be exported to Egypt,” he adds.

Further exploration could also power increased downstream infrastructure and the potential for pipelines linking Israel to other producing nations such as Egypt and Cyprus with Europe is very real. “This is a very expensive pipe, because the sea is very deep in some areas, but if instead of exporting several hundred bcms we get together with Egypt and Cyprus to export several thousand bcms to Europe, then I think it will justify a direct pipeline going from the Eastern Mediterranean to Western Europe.”

“[It would be] similar to the one in the Caspian Sea but deeper and, therefore, more expensive,” Mr. Steinitz adds. “We have to wait for some additional discoveries to see if this can be feasible, economically speaking.”

While oil and gas price volatility has caused considerable challenges, it is clear that importing nations across the G20 have taken the opportunity to capitalise. Yet it has not just been an economic shift over the past year or so.

Delivering an energy policy that has green credentials has become increasingly important and Mr. Abbasi outlines how his country, which has one of the lowest carbon footprints per capita in the world, is seeking to further improve in this area.

“We’re doing a lot of oil replacement with gas, so it’s very clean in that sense. Also, a lot of vehicles have been converted into gas vehicles which also contribute to the environment by decreasing petrol consumption. The government is also now focusing on solar and wind energy and we have put up one of the largest solar parks in the world in Bahawalpur,” he says, adding that the potential of hydro power is also being explored, requiring a “huge investment.”

Investment in energy - be it exploration or supply infrastructure- remains a key issue for most G20 nations and forging closer international ties is clearly the best way to do so. Environmental concerns are also affecting global energy policies. With no clear end in sight to the travails of the oil and gas industry, the current cooperation on energy supply could be laying the groundwork for improved global security and prosperity.