While the fall in oil prices have hit oil dependent countries hard, Qatar’s economy has come out relatively unscathed thanks to its (not so secret) weapon – liquefied natural gas (LNG) 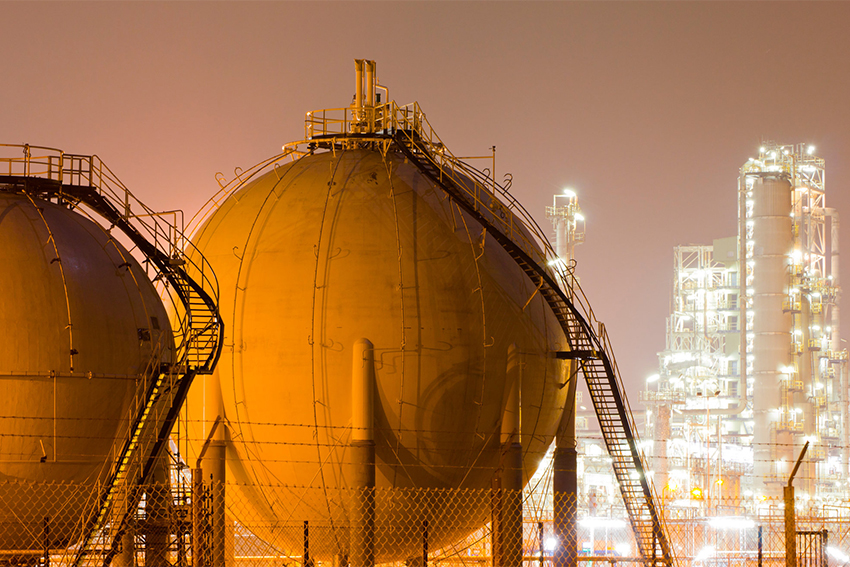 Nothing last forever, but in the case of Qatar, a few things not lasting forever might turn out to be all for the best in this small country with huge reserves of petroleum and natural gas that have already made it the world’s wealthiest sovereign state (in terms of per capita GDP).

Discounting the unforeseeable, analysts say GDP looks set to double to a jaw-dropping total of $400 billion by 2022, the year the country is set to host the FIFA World Cup with great expense and fanfare.  Although global economic slowdown has driven hydrocarbon prices down on reduced demand, the people of Qatar seem content to wait out the slump – not that they are hurting from it, not for now, at any rate.

But even 25,244 million barrels of proven petroleum reserves and 24,531 million m3 in natural gas reserves will begin to run out towards the middle of the coming decade, at current consumption rates. Qatar’s rulers and decision makers are making sure that sustainability figures prominently in their long-term plans, on the assumption that a cyclical upturn in world markets will, in fact, occur next year.

Energy Minister Mohammed bin Saleh al-Sada thinks it will. He said in October that he is convinced oil prices “bottomed out” in 2015 and will begin to revive as pent-up demand kickstarts the economy and global output strengthens.

The minister’s cautiously optimistic view is one that is shared by Abdullah bin Hamad Al Attiyah, a former energy minister himself and  chairman of the non-profit Foundation for Energy & Sustainable Development that bears his name, which advises the government and other institutions on energy-related issues.

“I am not worried,” says Mr Al Attiyah. “Today, Qatar produces five million barrels of oil equivalents a day, excluding petrochemicals, and exports to 95 countries. We are not only exporting energy, we are also exporting finished products. For example, fertilisers. We are one of the main world producers. You will see in Qatar people trying to develop other sectors such as finance, airlines, services, airports, business and shipping. We are very active in diversification. Moreover, Qatar is the education capital of the entire Middle East. We are hosting some of the world’s best universities.”

One reason why Qatar has been relatively unscathed by the slump in world oil prices is a well-timed and decisive shift in its export strategy away from petroleum in favour of liquefied natural gas (LNG) – a fairly recent technological breakthrough in which the gas is refrigerated to ultra-low temperatures. At a given point, it condenses into a liquid that can be stored and transported in containers, rather than pipelines, which are expensive to build and vulnerable to sabotage or political spite.

Since 2006, Qatar has been the world’s number one producer of LNG, dominating almost a third of the total market. Much of that output is destined for the growth-hungry countries of Asia, particularly in India and China, which are geographically well situated and equipped to receive ships from the Gulf.

“The North Field is the largest non-associated gas field in the world. The amount of gas produced from it today is close to triple the consumption of the entire U.K. market. It is a staggering field... an incredible energy development.”

Helping to meet that demand is a primary concern of Alistair Routledge, President and General Manager of ExxonMobil Qatar. He credits the former emir and his then (1990s) energy minister with having the foresight to insist on the potential of a geologically complicated undersea gas field and to encourage Exxon Mobil to look closely at the possibility of developing the technology that would make its development worthwhile. The emir got it right.

“The North Field is the largest non-associated gas field in the world, but it was a stranded resource,” says Mr Routledge. “The amount of gas produced from it today is close to triple the consumption of the entire UK market. It is a staggering field and there has been a massive, unparalleled industrial development at Ras Laffan Industrial City, with 14 LNG trains, two flowing gas trains and the largest LNG shipping fleet in the world. It is a truly an incredible energy development.”

ExxonMobil got in on the ground floor of Qatar’s LNG bonanza thanks to its long-term strategic interest in the country, says Mr Routledge. “We were able to bring in new technology, making processes more efficient so Qatar could compete globally. The rest came by following through on our commitments. When we set a start-up date, we will achieve it and do so within budget, without compromising safety.  That way, we gain credibility and the government trusts us to be their strong partner, to bring the technology and expertise and to make things happen.”

French oil giant Total and the state holding company Qatar Petroleum share a history that next year will be entering its ninth mutually beneficial decade.  “This is unique,” says Total’s managing director, Guillaume Chalmin. “And I think it is fair to say that Qatar is really in the DNA of the group because we built part of our history in this country. Of course, when you have been present for such a long time, it helps create roots and build trust.”

That sort of cordial, deep-seated familiarity that evolves over time has taken that relationship beyond the oil fields and drilling platforms and into the common spaces of Qatari society. “We consider it our duty to help in preparing the next generation of Qatar’s leaders,” says Mr Chalmin. “Back in 2010 we partnered with the prestigious French business school HEC to create an Executive MBA, which is working out very well. In the framework of the Total International Scholarship Program, we offer young professionals the possibility of spending a year at the French school just to strengthen their education. After that, they come back to Qatar to work.”

Another company that has taken on the task of contributing to Qatar’s future by educating the more promising among its up-and-coming is Maersk Oil, and it, too, has every reason to be pleased with the results. “There’s a very healthy working atmosphere here,” says Sheikh Faisal Al Thani, Maersk’s deputy managing director. “We have training programmes, we have leadership programmes, and we have a Qatari talent pool. So, for any Qatari interested in becoming a leader, it’s definitely good environment to work in.”

Mearsk operates Qatar’s largest offshore oilfield, Al Shaheen, in partnership with Qatar Petroleum. After a slow start in 1994, it has been gushing out some 300,000 barrels per day. That works out to 1.5 billion barrels over 23 years but Sheikh Al Thani understands that environmental impact is just as important, having seen his colleagues cut the “flaring” unwanted gas by 90 per cent and reduce greenhouse gas emissions by 50 per cent.

“We now have a unique and unrivalled understanding of this complex field,” Sheikh Al Thani notes with pride. “We are the Al Shaheen specialists!  It covers 2,214km2 and has stacked reservoirs in thin layers. When considering almost every aspect affecting production and recovery, Al Shaheen is at or near the most challenging end of the range. But we have plans drawn up for delivering value from it for years and years to come.”