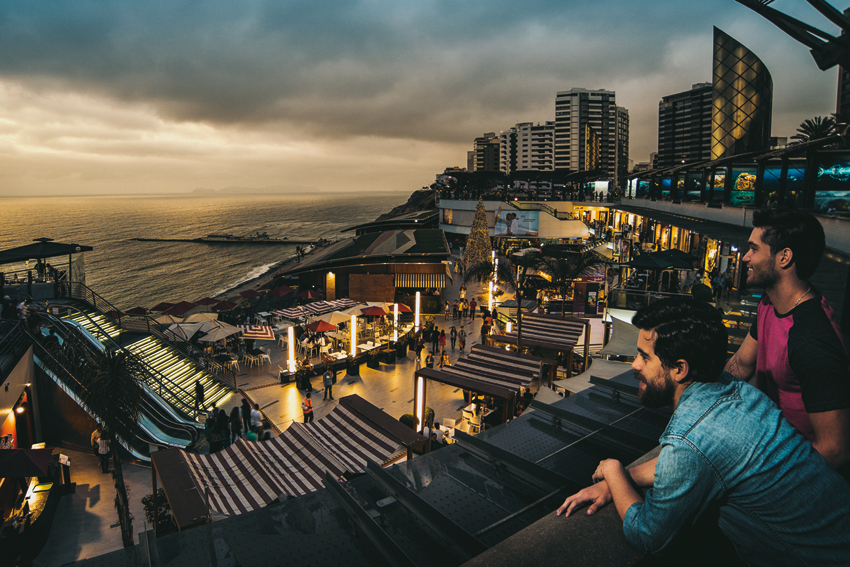 Lima’s food scene is increasingly praised globally and considered to be one of the drivers of the city’s cultural renaissance. For example, the opening of the restaurant Isolina, in the Barranco district, was dubbed one of the biggest of the year. According to the British new paper The Guardian, it is “part of a new wave of relaxed restaurants offering reasonably priced but impeccably prepared food. Another is nearby Sibaris, opened two years ago, which also operates a food truck.”

And there is also Nos, recently opened by one of Peru’s most celebrated chefs, Virgilio Martinez, not far from his award-winning restaurant Central, in the posh district of Miraflores.

Furthermore, the increasing taste for fine gastronomy has provided Peru with an ideal way of promoting its high quality products and agricultural exports.

Many residents of Lima will tell you that gastronomy is really what changed the city in the past few years, transforming it into a vibrant, creative capital where the Latin American movida has found new ways of expression.To discover the new Lima, you can start by exploring its cultural centers and discover the local cinema, art exhibitions and concerts. One example is Lima Fest, the Latin American Movie Festival, held every year in August, that showcases films from the whole sub-continent.

After that, you should definitely take a tour of the art galleries to discover upand- coming Peruvian artists, such as the painters Alberto Quintanilla, Luis Palao Berastain, and Fernando de Szyzlo, to name a few. The most popular art galleries in own are Consultoria Lucia de la Puente, Enlace, Artco, Forum, and Corriente Alterna. There are also dozens of cafés and bars where artists exhibit their work.

Young Peruvian artists also express themse ves through textile, a centuryold craft in this country home to the lamas and alpacas. There are lots of workshops in Lima where you can discover contemporary designers who use traditional materials such as alpaca wool and Peruvian cotton, or who reinvent the traditional art of embroidery.

The night scene is also particularly rich. Scores of homegrown bands give gigs in bars and clubs, and there are some pretty exciting Latin DJs who will rock your nights in any of the many local discotheques.

And if you feel a bit dazzled at the end of the night, we recommend you hop back in time and end the night at the bar of the Gran Hotel Bolívar, a cultural heritage site in downtown Lima. It’s charmingly old and colonial. And yes, it’s yet another bar where Ernest Hemingway used to hang out.