Powering Ghana through a liberalized market

Article - August 16, 2011
West Africa is building a new power infrastructure in which Ghana and its power generator, VRA, will be a key player 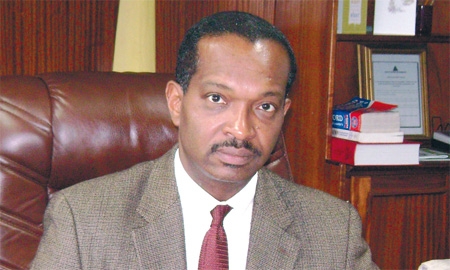 Back in 1994, along with the introduction of the general investment code, Ghana also launched the privatization of its electricity sector. Reform begun that year was aimed at ensuring an adequate, reliable and efficient supply of electricity through increased private sector investment and competition in the wholesale power supply market.

Though its objectives have been slow to manifest, the reform was timely. Ghana’s electricity consumption has been growing 10-15% annually over the past two decades, and industry experts predict that demand will continue rising at 6% per year for the next decade.

Still, the majority of the country’s electricity supply today is obtained from hydropower generated by state-owned Volta River Authority (VRA) at the Akosombo and the Kpong dams on the Volta River, in addition to a combined cycle thermal plant at Aboadze. The only private participation in the sector is a thermal plant (220MW) in Takoradi, in which Abu Dhabi’s TAQA has an interest, and the Sunon Asogli plant (5000MW), which is owned by Shenzhen Energy Group from China.

This is likely to change in the near future, says VRA’s CEO Kweku Andoh Awotwi, due to natural gas production from the recently discovered Jubilee Field and to the launch of the West African Power Pool (WAPP) regional electricity grid, both of which are set to make the market a lot more lucrative and interesting for investors.

“From the VRA’s point of view, oil comes with gas. Natural gas has the potential to fuel our power plants and supply them at a price that is much lower than what we spend on crude oil. That should lower our costs by 50-60%,” says Mr. Awotwi.
“The other benefit is that it will provide price stability because you will pipe it and it is a long-term contract. You will not be faced with the ups and downs of a volatile crude oil price. From the power sector’s point of view, finding gas should be of great benefit.”

The extra electricity that this gas will help generate can be exported through high voltage transmission lines to the 15 countries that will form the WAPP. Mr. Awotwi says the lines will be phased in starting in the south with Côte d’Ivoire, then running across Ghana, Togo and Benin into Nigeria. A second phase will see lines placed across Burkina Faso and Mali and stretching into Senegal. Finally, a third line will be extended into Niger.

“The significance of the oil and gas discovery,” says Mr. Awotwi, “is that gas creates an opportunity for low-priced power, lower than anything that these countries currently have, to be moved out there. If this gas can be pooled, then it is not just Ghana but all these countries that will benefit. Ghana is in the middle of Africa so it is well situated.”

He adds, “We would like to believe that President Obama was right when he said that there is basis for a lot of hope in Ghana. Gas and the WAPP are opportunities that can hopefully open up the economy and improve people’s lives. It does not mean it will happen immediately but the ingredients are there. There is some basis for optimism.”

Consequently, Mr. Awotwi is busy helping VRA successfully prepare for the incoming competition. The public utility is also actively seeking partners for a number of new joint ventures in renewable energy projects (both solar and wind), new hydro projects, and for a new US$100 million thermal plant to be built near the gas sources in the western region.