Drawing international attention to Africa’s development potential, The Global African Investment Summit – COMESA & Government of Rwanda held in Kigali on September 5-6, 2016, attracted more than 1,000 delegates from 55 nations and culminated in the signing of a number of high-profile deals and partnerships. 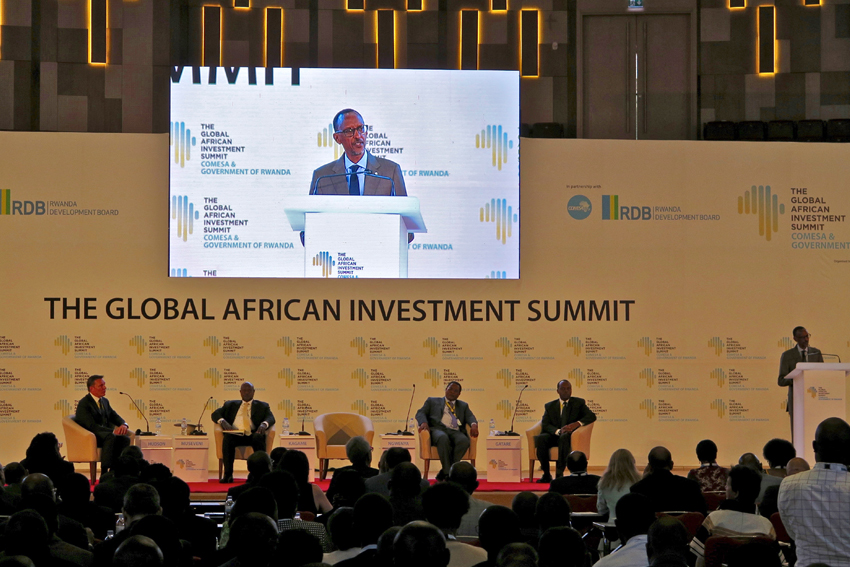 The TGAIS summit launched with a presidential panel that included President Yoweri Museveni of Uganda and Rwandan President Paul Kagame, whose opening remarks highlighted concerns that Africa’s narrative can no longer be a story about huge potential that never materializes. “There is nothing we are waiting for, and nothing we lack. Let’s work together across sectors and borders with the right mindset of urgency and build the Africa we want,” Mr Kagame stated.

More than 1,000 delegates came to Kigali’s new convention center for two days of in-depth discussions and panels focused on economic integration, strengthening pan-African trade and increasing investment across the continent. In attendance were government ministers, high net-worth investors and heads of business from 34 African nations and 21 international countries, including the UK, France, Germany, the US, India, China and the UAE.

The summit proved to be a catalyst for a number of deals and partnerships, including the signing of a Memorandum of Understanding (MOU) between the African Wildlife Foundation (AWF) and the Common Market for Eastern and Southern Africa (COMESA). The MoU will enable AWF and COMESA to work closely to ensure the conservation of wildlife habitats while Africa implements its development agenda.

CEO of the Rwanda Development Board (RDB) Francis Gatare headed the Rwanda project presentation, which demonstrated the country’s latest bankable projects in key growth sectors such as ICT, manufacturing and agribusiness. “The summit was conceived to take the promise of investment in the Tripartite Free Trade Area from mere potential to reality,” stated Mr Gatare, “with a view to enhance the movement of people, goods and services so that regional integration can truly take place."

Co-organizer COMESA reported that the conference had been very successful. “We knew that by bringing together the business community and policy makers we would address the same concepts that the member states of the COMESA area are striving towards – the sustainable development of the region,” commented Secretary General Dr Sindiso Ngwenya.

Paul Sinclair, Director of Africa for dmg::events, added: “The summit was a resounding success, with delegates doing real business and making significant business connections. Deals have already been agreed and signed off, a testimony of the influence of the summit.”