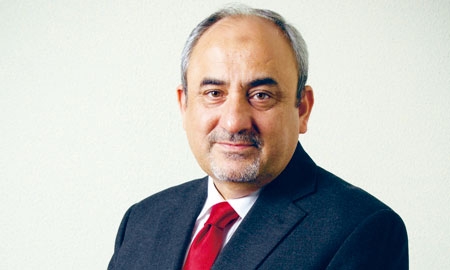 In July of 2013, Prime Minister Nawaz Sharif inaugurated Pakistan’s first private hydropower independent power producer (IPP): the Hub Power Station. It was one of the first and largest IPPs to be financed by the private sector in Southern Asia, and one of the largest private power projects in the newly industrialised world.
“Power policy is second to none for foreign investors, it offers 15 to 20 per cent return on equity,” says Khalid Mansoor, CEO of Hub Power Company.
The Hub Power Company Limited, incorporated in 1991, also owns an oil-fired power station with an installed net capacity of 1,200 MW in Balochistan and a 214 MW net capacity oil-fired power station in Punjab. The company also has 75 per cent controlling interest in Laraib Energy Ltd, a subsidiary that is developing a 84 MW hydroelectric power plant.
Today, the company is listed on the Karachi, Lahore and Islamabad stock exchanges and its global depository receipts are listed on the Luxembourg Stock Exchange, with over 13,000 Pakistani and international shareholders.
For a nine-month period of fiscal year 2013 it posted a 49 per cent higher profit compared to the same period in 2012: PKR 7.4 billion (£45 million) up from PKR 4.97 billion.
Pakistan’s population grows by about 3.8 million people a year. Over 13 years that amounts to 40 million people, says Mr Mansoor, with no accompanying increase in power generation capacity.
“Tackling the power crisis is top priority for the current government,” says Mr Mansoor. “Soon after coming to power, they reached out to the private sector and sought their ideas as to how the strategies have to be made, developed and executed to address the country’s power crisis and so far this is not just a mere intention; they have taken a step in the right direction by clearing the circular debt soon after coming to power. Hopefully, many projects will soon be underway to really start addressing this critical issue.”
Hubco got a green light with a recent liquidity injection of some $5 billion in June 2013, and will invest in coal conversion projects, as part of the government’s attempt to bring more efficiency into the fuel mix. The company plans to switch its 1,200 MW power plant in Hub from furnace oil to coal, just one of the growth initiatives already lined up by the company.