Uganda’s expanding economy is providing increasing opportunities for both businesses and tourism and Imperial Group’s network of hotels have become a key port of call for both national and foreign visitors. 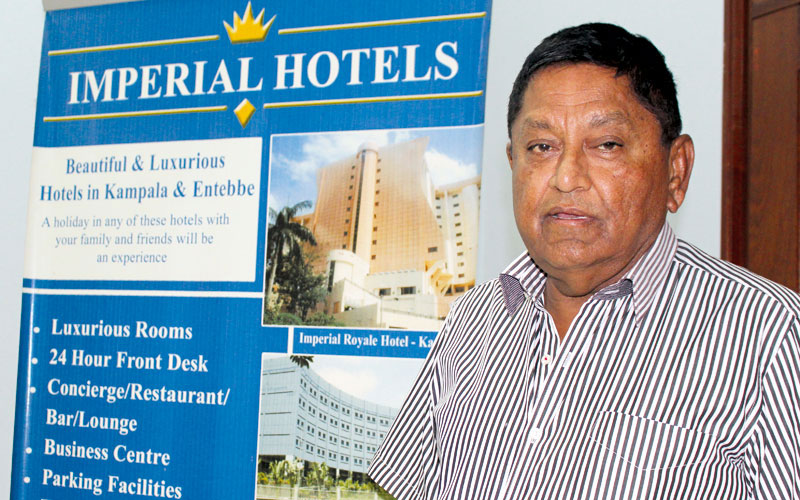 Uganda’s Imperial Group has been in operation for more than 20 years and over that time has grown to become one of the country’s leading hoteliers.

The company, which started life with just one hotel, has tracked much of the wider success of the Ugandan economy as political reform and foreign investment has helped to transform the country into an African powerhouse.

Imperial Group was founded by Karim Hirji and now operates six hotels across Entebbe and Kampala, offering everything from conference and event hosting to providing translation services and catering for up to 5,000 guests.

The first of its properties, Hotel Equatoria, was acquired in 1991 and Mr Hirji went about refurbishing it for the increasing number of both tourists and businesspeople visiting Uganda. From there Mr Hirji expanded the group throughout the 1990s, and now operates in both Kampala City and towards the coast and the international airport at Entebbe.

All of Imperial’s hotels offer luxury accommodation and pride themselves on the quality of their restaurants, while providing easy access to the central business district. The group also has an office at Entebbe International Airport, which is manned 24 hours a day and provides services to arriving guests.

Alongside Hotel Equatoria in Kampala, the group also operates Imperial Royale Hotel and the imposing Grand Imperial Hotel in the city, which has become a landmark in its own right. The company has also expanded its reach in Entebbe where Imperial Resort Beach Hotel, Imperial Botanical

“All the hotels have their own characteristics,” says Mr Hirji. “Grand Imperial is in the centre of town and people meet there, even if they are not staying in town. It is a name in people’s mouths.”

Imperial is also in the process of expanding its operations and has identified an area known as Kololo as a potential site for another hotel. This is set to make the most of the country’s expanding transport infrastructure and of the increasing interest from international private investors, neatly demonstrating the flourishing hotelier’s future ambitions.