Article - March 11, 2013
The Dominican government has made great strides in recent years to reform an energy sector that was badly in need of a radical change 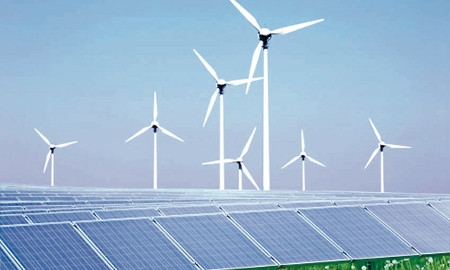 As a country with few energy resources such as gas or oil, a national goal in recent years has been to find alternative energy solutions such as natural gas and wind and solar power.
Kai Schoenhals, the President of the Dominican Exporters Association (ADOEXPO) sees the problem as one of expense that made for huge losses.
“The main problem was not generating electricity but a financial one due to high costs, so we needed to diversify the energy matrix. We must be grateful that energy is one of the three key areas that the government is working hard to improve.
“Although the matrix has changed over the last few years we must keep moving to more renewable energies from solar, bio fuels and wind. The private sector already has a wind farm project and we are testing to generate combined cycles. We are also awaiting changes in the law on renewable energies,” he says.
The wind farm Mr. Schoenhals mentions is at Los Cocos in the southwest of the country and is perhaps the best success so far of the diversification program.
Inaugurated in 2011, an extension to the plant in late 2012 means it can now produce 77MW of energy, enough to supply 150,000 homes and is saving the country 500,000 barrels of oil per year while preventing the emission of nearly 200,000 tons of CO2 annually.
EGE Haina is responsible for the plant and its General Manager, Tito Sanjurjo, is clear on the main challenge facing the Dominican energy sector.
“We have to develop projects not only for renewable energies but that aid the sector in general. Industry cannot operate with daily energy cuts, we need to have complete confidence in our electricity, all focus must be on the efficient supply of it and stopping ways of stealing it.
“If we have this confidence companies like ours will get involved in more projects. We’ve now finished phase two of the park that has become the biggest in the Caribbean,” he says.
Wind is not the only renewable going online. In August last year, Spanish photovoltaic panel manufcaturer Isofoton S.A. signed an agreement to build a 50MW solar plant in Santo Domingo’s outskirts.
Another company doing its bit is Refidomsa whose majority shareholder is the Dominican government.
Former President of Refidomsa Francisco Méndez says: “The company is looking at new business areas such as natural gas, a fuel for energy generation, the importing of material for asphalt, installing a generator and other ways to improve operations.”